The Taoiseach has said he hopes the text of a new intergovernmental treaty leading to a so-called Fiscal Stability Union will be completed at political level at a summit of EU leaders on Monday.

Speaking on the margins of the World Economic Forum in Davos, Mr Kenny said there had been progress made on issues of concern to Ireland in the drafting process so far.

He also said that there would only be a referendum called if it was legally necessary and one would not be called for political reasons.

Mr Kenny said the bond swap carried out successfully by the NTMA yesterday was "a small step" and "a measure of confidence".

However, he added that there was "a long way to go".

Ireland is in a program until the end of 2013, he said, and there was no requirement for the country to go back to the international markets until that time.

Asked if he was disappointed with the German Chancellor’s rejection yesterday of a bigger firewall for the eurozone debt crisis, Mr Kenny said that it had to be seen that the firewall is "sufficiently strong and credible".

The Taoiseach said that the adequacy of the firewall was "a fundamental" of any new agreement at EU level.

Earlier, Mr Kenny said the problem with Ireland's economy was that people "went mad borrowing" in a system that spawned greed, went out of control and led to the crash.

He said the General Election gave a mandate to sort out the problem and explain the reality of the scale of the challenge.

He said drastic action is being taken to comply with the arrival of EU/ECB/IMF troika and their assessments show that Ireland has measured up on all the key conditions.

The Taoiseach was taking part in a discussion on rebuilding Europe.

He said the reason the crisis has grown was due to incompetence by some governments and interminable wrangling between institutions and governments.

Denmark's Prime Minister Helle Thorning Schmidt said it is clear that citizens are prepared to make sacrifices, but it is important in the austerity programmes that people themselves are not sacrificed.

She said there is a view that banks are too big to fail but people must not feel they are too small to matter and leaders must focus on this and the light at the end of the tunnel.

Finland's Prime Minister Jyrki Tapani Katainen said governments have to do all they can to regain confidence and regain trust.

Mr Kenny held a series of meeting with the CEOs of a number of US multinationals on the fringes of the meeting, including Facebook, the cable operator Liberty Global and the Citi Group.

Mr Kenny said he had spoken by telephone over the past few days with the Austrian, Italian, Spanish, Dutch and Finnish prime ministers on the Anglo promissory notes issue and on the prospects for Ireland lowering the costs of the borrowings needed to bail out the country's banks.

The Taoiseach rejected the remarks of the Nobel prize winning economist Joseph Stiglitz who said that repaying Anglo unsecured bondholders as "unconscionable".

"Politicians have to make decisions, commentators comment. We are not heading down the road of debt write-downs or default," he said. 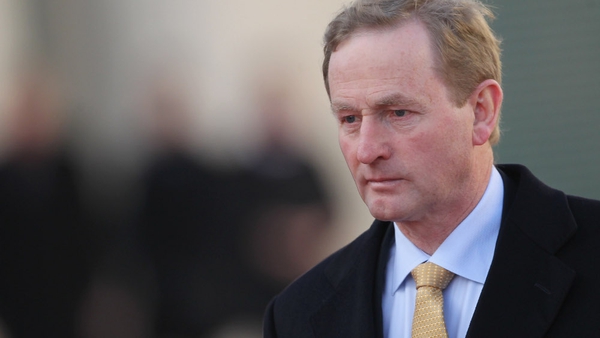