The Tánaiste has acknowledged that the price of oil may rise if the EU imposes sanctions on Iran.

EU foreign ministers have agreed an embargo on Iran's oil exports as well as financial sanctions in a bid to halt funding of the country's disputed nuclear programme.

A senior member of Iran's parliament said the Islamic Republic would close the entry point to the Gulf if new sanctions block its oil exports, reiterating a threat made by officials a month ago that caused a temporary oil price spike.

Eamon Gilmore, who is in Brussels for a meeting of EU foreign ministers for discussions on the issue, said Ireland supports the EU imposing an oil embargo.

Mr Gilmore said there was no doubt that the embargo would have an impact on oil prices, but it was difficult to quantify just how much petrol, diesel and home heating oil would increase by.

"While this is clearly an issue for consumers, the expected price increase has to be weighed against the seriousness of the problem of Iran's nuclear programme."

Minister for Natural Resources Pat Rabbitte said the EU embargo on Iran will have some impact on the price of oil here.

He said while the amount of crude oil we directly import from Iran is not that significant, the development will an affect on the oil situation in Ireland.

He also said there are bigger issues to consider in the current scenario other than the price of oil, namely Iran's nuclear capacity.

He said the major impact on the cost of oil here is due to geo political developments that happen elsewhere in the world.

Iran sells around 20% of its crude to EU nations, with Greece, Spain and Italy the top buyers.

It supplies 2.6 million barrels of oil per day to the international markets and is the world's fifth largest oil producer.

In order to try and keep petrol and diesel prices down, efforts are being made to increase oil output elsewhere.

Last week, Saudi Arabia, the world's top producer, said it would increase production by about two million barrels per day.

"This is an important decision. It will be a major strengthening of the sanctions applied on Iran," said British Foreign Secretary William Hague.

"It is absolutely right to do this in view of Iran's continued breach of UN Security Council resolutions and refusal to come to meaningful negotiations on the nuclear programme," he added.

After weeks of tough talks on the timing and terms of a ban on Iranian crude, ambassadors of the 27 EU nations reached a political agreement in early morning meetings held as foreign ministers converged on Brussels for a day of talks.

In a statement US President Barack Obama hailed the sanctions, saying they demonstrate “the unity of the international community in addressing the serious threat” presented by the Iranian nuclear programme.

"The United States will continue to impose new sanctions to increase the pressure on Iran," he added. 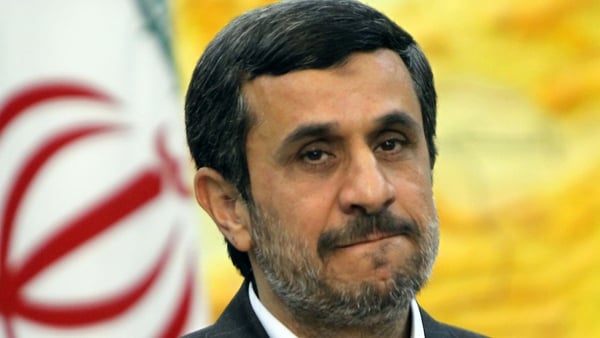