Minister for Transport & Tourism Leo Varadkar has defended the Government's decision to make a €1.2 billion payment to Anglo Irish Bank bondholders due next Wednesday.

Mr Varadkar said that if the Government defaulted on the payment, householders would have to pay much higher utility bills and mortgages, because of the resulting increase in borrowing costs for banks and semi-State companies.

He told RTÉ's The Week in Politics that the Troika had indicated that while the decision was the Government's, not making the payments would set off a financial bomb in Dublin.

Asked why the bonds were being repaid, he said:"They are being repaid because the Government had to weigh up the costs on the one side and the risks on the other."

Mr Varadkar said there is about €2.5bn left in Anglo bonds to be
repaid and not paying this week's €1.2bn would have no
immediate gain for the State and gain might only come in eight or nine years when Anglo Irish is resolved.

There were, however, potential "serious costs" associated with not paying the money.

"This is a State company (Anglo/IBRC) and if we defaulted it would have implications for other State companies like ESB and Bord Gáis," he added.

The minister said a default would put the Government in conflict with the ECB and other member states at the very time it was trying to re-negotiate a deal on the "bigger prize" of the €30bn due to be paid on the separate Anglo Irish Bank promissory notes.

Also speaking on The Week In Politics, Sinn Féin Deputy Leader Mary Lou McDonald disputed the minister's claim that the Troika spoke with "one voice" on this issue.

Deputy McDonald said that "the IMF has always taken a different position than the ECB. On this matter the IMF take a more rational view because as you know, they are not against the private sector taking a hit and bondholders taking their medicine," she added.

Independent TD Finian McGrath said that the Government was given a mandate to deal with bondholders and to bring about change and reforms on this issue.

He said people did not want to see the Government wasting €1.2bn next Wednesday paying Anglo bondholders and it should "stare down" the ECB on this issue. 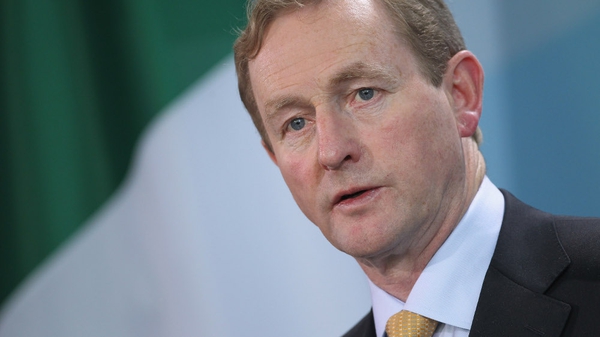