Around 200 opponents of the household charge held a meeting in Dublin today to discuss ways of stepping up their protest campaign.

The event was organised by the Campaign against Household and Water Taxes.

Households must pay the €100 charge before the end of March or else they face fines.

So far, around 35,000 households have made the payment.

The meeting was attended by TDs Joan Collins, Joe Higgins and Clare Daly.

Last week the campaign set up a phoneline to help build up a mass non-registration movement.

Organisers say so for around 400 people have been in contact. 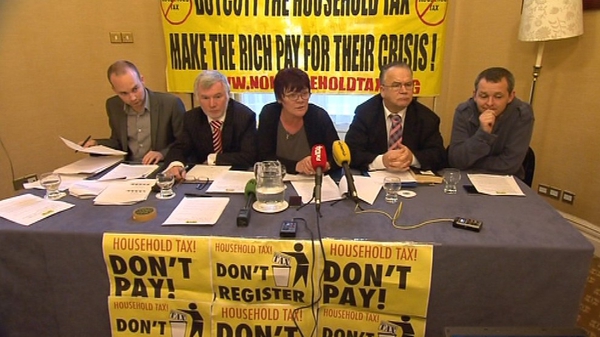