An Taoiseach Enda Kenny has said Ireland could not accept a financial transaction tax that does not apply in Britain.

He was speaking at a news conference following a meeting of the British-Irish Council at Dublin Castle.

Mr Kenny said a global transaction tax would be acceptable, but not one that applied in Dublin but not in London.

The leaders also agreed a number of initiatives on fighting youth unemployment.

During the post session news conference, Alex Salmond and Mr Clegg sat either side of the Taoiseach - it is understood both men had a brief discussion on Scottish independence proposals.

With the British Deputy Prime Minister and Scottish First Minister facing questions on claims by Mr Salmond that London was "bullying" Scotland, Mr Clegg said Scotland now had a chance to vote on it, and Mr Salmond shouldn't be so "jumpy".

Alex Salmond said that he was ready to meet Prime Minister David Cameron "in Edinburgh, in London or wherever" to discuss the way forward for a referendum on independence.

Mr Salmond issued the invitation to Nick Clegg on the margins of the meeting in Dublin Castle.

A spokesman for Mr Salmond described the discussion as "adult and mature".

He said the invitation was made "in a consensual manner, with one caveat - we won't be dictated to by Westminster". 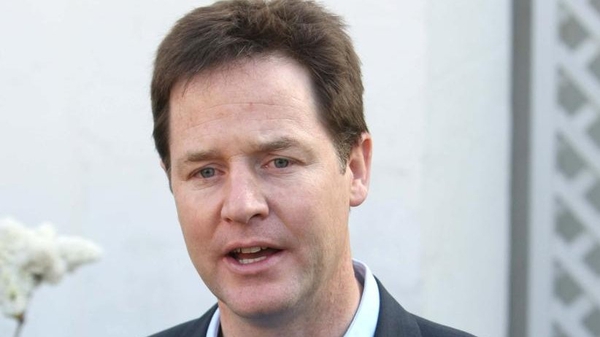