The IBRC, formerly known as Anglo Irish Bank had argued that Mr Quinn's centre of main interest was in the Republic of Ireland and not north of the border.

When he successfully sought bankruptcy status from the Belfast court in November, Mr Quinn claimed that he was operating from an office in Co Fermanagh.

During its challenge last month, the IBRC claimed that a European Directive that applies in insolvency cases stipulates that a person's centre of main interest has to be ascertainable to third parties, such as creditors.

Judgment in the case at Belfast High Court was given by Mr Justice Donal Deeny this morning.

Elsewhere, the High Court in Dublin has directed that an application by IBRC to have Mr Quinn declared a bankrupt in the jurisdiction be heard next Monday.

Lawyers for the IBRC asked the court this afternoon to direct the bankruptcy petition be heard as soon as possible.

The court heard the petition was served on Mr Quinn yesterday and a date of 23 January was set for the hearing of the application.

But lawyers for IBRC said there was a concern that Mr Quinn might attempt to remove unencumbered assets from the reach of the bank before the hearing.

Barrister Aillil O'Reilly said there were allegations in other proceedings that this had been done with corporate assets in other jurisdictions.

The court was told that an action by Mr Quinn to have the original bankruptcy summons quashed is due before the High Court on Monday.

IBRC asked the court to direct that the bankruptcy petition be heard on the same day. Mr Justice John Edwards agreed to make the order. 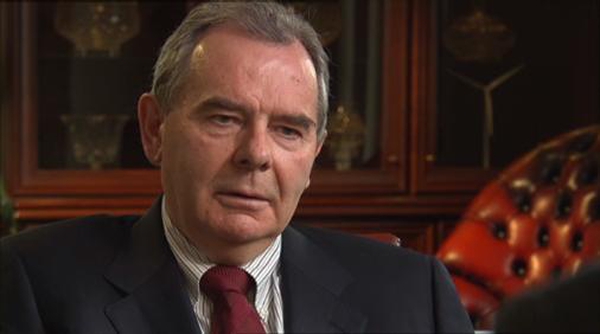