German Chancellor Angela Merkel has held talks in Berlin with French President Nicolas Sarkozy on finalising a plan for fiscal discipline in the eurozone and finding new ways of boosting economic growth and jobs.

Meanwhile, it has been announced that International Monetary Fund head Christine Lagarde will be in Berlin tomorrow, followed by Italian Prime Minister Mario Monti on Wednesday.

At a news conference this afternoon, Ms Merkel said negotiations on the fiscal compact were proceeding well and it might be possible to sign-off on elements of the deal at a summit at the end of the month.

However, the deal is not due to be finalised until March.

The issue of expanding the EU's bailout fund was also discussed, something that the Irish Government has been calling for.

Ms Merkel warned Greece it would not be possible to give further aid without rapid progress on its second rescue package, including a voluntary write-down on Greek debt held by private creditors.

Banks, insurers and investment funds have been negotiating with the Greek government for weeks on a bond swap scheme that aims to cut its debt-to-GDP ratio to 120% from roughly 160%currently.

Under the plan, private creditors are being asked to voluntary accept a nominal 50% cut in the value of their Greek bond holdings in return for a mix of cash and new bonds, although there are suggestions that may not now be enough.

Mr Sarkozy, who is trailing in opinion polls ahead of a two-round presidential election in April and May, is pushing aggressively for a new levy on financial transactions, or "Tobin tax".

Britain says it will veto such a tax at EU level unless it is adopted on a global scale, fearful of the impact in the City of London financial centre.

This was their first meeting of 2011 and Ms Merkel and Mr Sarkozy effectively took-up where they left-off in December.

The two leaders are trying to flesh-out the agreement reached by EU leaders at their last summit to create what is called a "fiscal compact" for eurozone countries - in other words, tighter budget discipline for all and penalties for countries who fail.

The main focus of this month's summit is boosting economic growth and employment.

Ms Merkel said she is seeking further ideas from the Commission to assist small and medium sized companies in particular.

With French unemployment at its highest level in 12 years, Mr Sarkozy in particular will be seeking progress, especially as French Presidential elections are due in April. 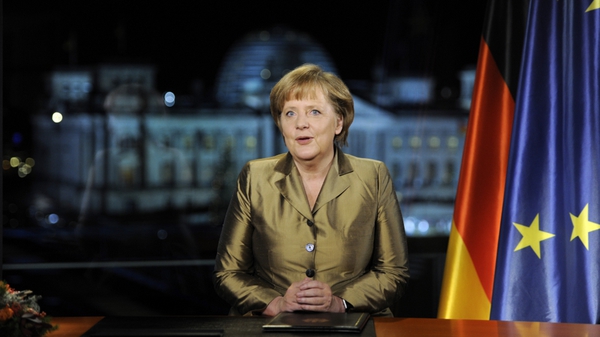