More than 6,000 households have registered to pay the new €100 charge introduced by the Government.

The Household Charge Project Board says the charge has been paid for 4,844 properties and direct debits have been set up for over 1,200 homes.

People have until 31 March to register, but must register by 1 March if paying by instalments.

The board says an online system - householdcharge.ie - has been set up allowing homeowners to register their households and to make payment with a credit or debit card.

Payment can also be made by cheque, postal order or at local authority offices.

A spokesperson for the website said it experienced some technical problems today causing people to make duplicate entries.

The spokesperson said that those who registered will not be charged twice.

Opponents of the charge are stepping up their campaign against it.

The national steering group of the Campaign Against the Household Charge is meeting next week ahead of a national protest scheduled for ten days' time.

The group says it is confident that as many as 50% of households will not register for the charge.

Over 100 meetings of local groups have already taken place around the country, with meetings planned in Cork and Tallaght in Dublin tonight.

The Government says the household charge is an interim measure and that a comprehensive and equitable valuation-based property tax will be introduced in about a year's time. 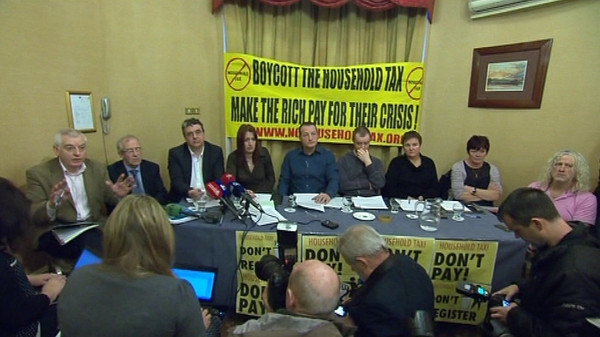 TDs would go to jail over household charge