At least 12 people have been killed and 28 others injured in three bomb attacks in the southern Afghan city of Kandahar.

In the early evening, a suicide bomber detonated explosives in downtown Kandahar, killing four civilians and three policeman and injuring over a dozen.

Earlier in the day, another suicide bomber set off an explosive-laden motorbike in the city centre, killing four children and one policeman. At least 16 others, including policemen and civilians, were injured.

The Taliban claimed responsibility for the first attack.

The third blast, which no one has so far claimed responsibility for, happened just minutes after a smaller explosion, likely caused by an improvised explosive device.

There are about 130,000 international troops in Afghanistan fighting the Taliban-led insurgency, with 91,000 of them from the US.

The Afghan Taliban has said it has reached a preliminary agreement to set up a political office in the Gulf nation of Qatar.

The group has also asked for the release of prisoners held at the Guantanamo Bay military prison by the US.

"We are right now ready ... to have a political office overseas, in order to have an understanding with the international (community), and in this regard we have reached an initial understanding with Qatar and relevant sites," spokesman Zabihullah Mujahid said in an emailed statement.

The Taliban office is seen by Western and Afghan officials as key to moving forward with secretive attempts to reach a negotiated end to a decade of war in Afghanistan. 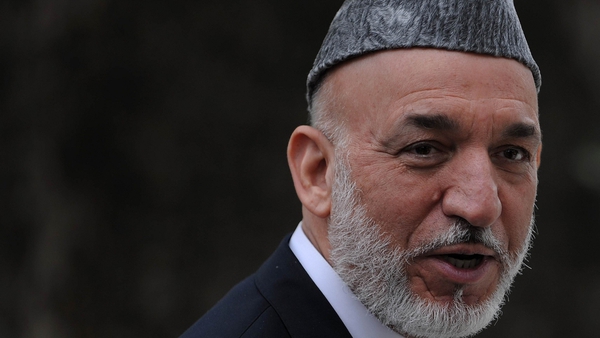