A magnitude 7 earthquake hit eastern and northeastern Japan earlier today, but there were no reports of injury or damage.

The earthquake measured four in central Tokyo, Fukushima and the surrounding areas on the Japanese intensity scale, which measures ground motion, according to Japan Meteorological Agency.

A spokesman for Tokyo Electric Power said there were no reports of any abnormalities at the tsunami-crippled Fukushima Daiichi nuclear plant following the quake.

Some high-speed train services in northern Japan were suspended after the earthquake, but soon resumed operations, Kyodo news reported.

The earthquake, at a depth of some 350km, was recorded off Japan's southeastern Izu islands at 5.27am GMT today, the US Geological Survey reported.

The Hawaii-based US Pacific Tsunami Warning Center did not issue a tsunami warning following the earthquake located south-southwest of Hachijo-jima in the Izu islands.

Earthquakes are common in Japan, which is one of the world's most seismically active areas.

The country accounts for about 20% of the world's earthquakes of magnitude 6 or greater.

On 11 March last year, the northeast coast was struck by a magnitude 9 earthquake - the strongest quake in Japan on record - and a massive tsunami, which triggered the world's worst nuclear crisis in 25 years since Chernobyl.

The disaster left up to 23,000 people dead or missing. 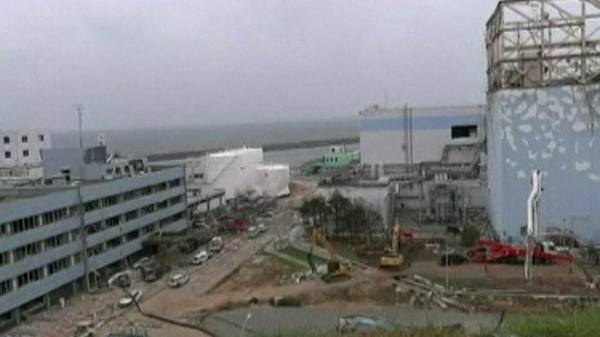 Earthquake hits near Fukushima in Japan