SIPTU President Jack O'Connor has called on the Government and "the people at the top of NAMA" to do what is necessary to end the plight of the Vita Cortex workers in Cork city.

Workers have been staging a sit-in at the Kinsale Road plant since the company closed last Friday, leaving them without any redundancy payments.

They have promised to continue their action over the Christmas period.

Speaking to workers this afternoon, Mr O'Connor warned the authorities that SIPTU intended to mobilise members all over the country in the New Year if they failed to act.

Jack O'Connor said he wanted to convey the solidarity of thousands of SIPTU members.

"There is something fundamentally wrong in Ireland if NAMA can find money to pay hundreds of thousands to people who are at the centre of the ruination of the country's economy, and can't find a way to sort these workers out."

The 32 workers at the plant yesterday described an offer made by the company yesterday to pay each worker €1,500 as insulting.

SIPTU organiser Ann Egar described the €1,500 offer as unbelievable, saying it was equal to 4% of what people are owed.

The company also said it wanted to remove materials and tools from the plant and claimed workers could resume their sit-in after Christmas.

Mr O'Connor said there are authorities here, including the Government, who could put pressure on the company to resolve this protest if they wanted to. 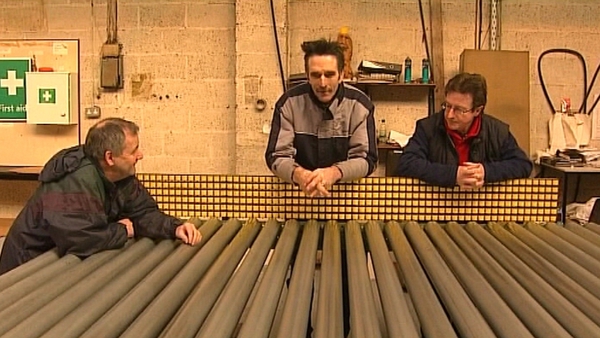