The Department of Public Expenditure and Reform has confirmed that public service increments are expected to cost €250m this year.

The suspension of the payment of increments will hit lower paid staff harder than senior grades.

53% are at the lowest clerical officer or service officer grade.

The Government has forecast a fall of €400m in the public pay bill next year.

Departments are expected to meet the cost of increments within their pay allocations, which will be reducing in line with the programme for recovery over the coming years.

The Government also believes the cost of increments will reduce in the coming years due to retirements, voluntary redundancies, significantly reduced recruitment and higher numbers at the top of their pay scales where increments no longer apply.

The Tánaiste has said the Government is not seeking to unpick the Croke Park Agreement and is committed to making it work.

He said any change could only come about by negotiation.

Meanwhile, SIPTU General President Jack O'Connor has said that he is not unduly concerned by comments by the Minister for Communications, Energy and Natural Resources on the deal.

Pat Rabbitte said that when the agreement on public service pay and conditions is reviewed in due course, the Government would be free to renegotiate the deal with unions.

Mr Rabbitte also told RTÉ's The Week in Politics last night that any renegotiation would depend on a number of issues, including Ireland's future growth rates and the delivery of reforms.

Speaking on Morning Ireland, Mr O'Connor said the minister's comments did not represent any significant departure from the Government's position.

Speaking on Today with Pat Kenny, Mr Doran said many public servants were given mortgages by banks on the basis that they would move up the pay scale and, if they did not get their increments, they would not make their repayments. 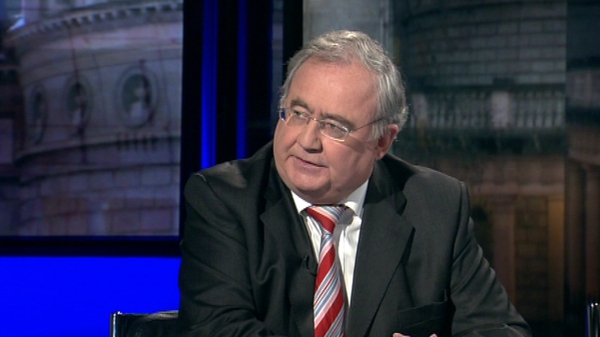