President Dmitry Medvedev has ordered an investigation into allegations of fraud in Russia's parliamentary election, one day after tens of thousands of protesters demanded it be annulled and rerun.

Mr Medvedev responded on his Facebook site to the protesters' complaints that the 4 December election, won by Prime Minister Vladimir Putin's United Russia, was slanted in its favour.

But he did not mention their calls for an end to Putin's rule and received one insult after another on his Facebook site from people who made clear his reply was insufficient.

"I do not agree with any slogans or statements made at the rallies. Nevertheless, instructions have been given by me to check all information from polling stations regarding compliance with the legislation on elections," Mr Medvedev said in a post on the social media site.

His statement was a sign that the Russian leadership feels under pressure after the biggest opposition protests since Putin rose to power in 1999.

The protesters themselves used social media to organise their rallies.

But the protesters have demanded much more than just an investigation and are unlikely to be satisfied.

They want a rerun of the election, the sacking of Central Election Commission chief Vladimir Churov, the registration of opposition parties and the release of people they define as political prisoners.

Within hours of his statement, Mr Medvedev had received several thousand comments on his Facebook site, many of them negative, plenty of them disrespectful and some of them highly insulting.

"We don't believe you," wrote Natalia Akhi. Irina Arapova asked: "And who's going to do the checking? The executive authorities (United Russia)?"

The next big day of protests is planned on 24 December when Alexei Navalny, one of the protest leaders, will have served a 15-day jail term received for his role in a protest last week.

In a sign the authorities are starting to sense the change of mood, city authorities across Russia allowed Saturday's peaceful protests to go ahead and riot police hardly intervened.

But there is no indication that Mr Putin is about to bow to the protesters' demands.

Most political experts still expect him to win the presidential election next March and swap jobs with Medvedev. 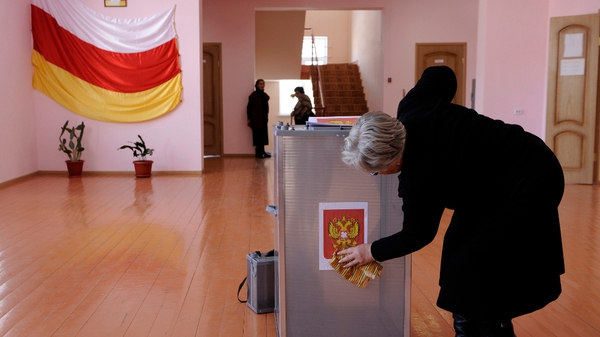