Taoiseach Enda Kenny has addressed the nation ahead of the announcement of more austerity measures in Budget 2012.

Read the full text of the Taoiseach's speech

Mr Kenny said the State is spending €16 billion a year more than it is taking in.

He said that in Budget 2012 - which will be unveiled on Monday and Tuesday - public spending must be cut by €2.2 billion, and that extra taxes must raise €1.6 billion.

He said it will move Ireland towards a manageable deficit of 3% of our GDP by 2015.

The Taoiseach said 50 quangos will be abolished or merged, and the public sector will be downsized by 23,000 people by 2015.

He said a referendum to abolish the Seanad will be held next year.

Mr Kenny told the nation in his televised address that while he believed recovery had begun, the mistakes that brought the country to this point "must never be allowed to happen again".

He told viewers "you are not responsible for this crisis".

It has emerged that opposition parties will be given an opportunity to respond to the Taoiseach's address in broadcasts on RTÉ television on Monday evening.

The decision follows legal advice to RTÉ that it could be in breach of the Broadcasting Act 2009 if it didn't allow equal time to the opposition.

A representative of the Dáil Technical Group, Independent TD Thomas Pringle, will be given three minutes to respond to the Taoiseach's speech just before RTE’s Monday evening news.

Sinn Féin leader Gerry Adams will also be given three minutes to respond just after the bulletin.

It is understood negotiations are ongoing with Fianna Fáil, which has been offered a four-minute response after Monday night's Nine News.

Speaking to RTÉ News he said: "No Government wants to increase taxes or decrease spending, but we simply cannot afford to fund the State at the moment."

Mr Varadkar added: "Even if you strip out banks and bondholders and the interest on the debt, we're borrowing €12bn a year and that has to come down." 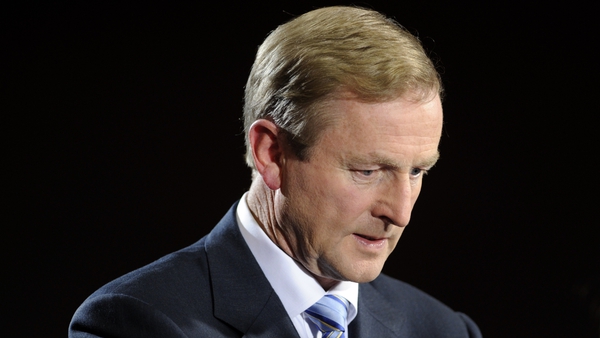