Support for Fianna Fáil has risen to its highest level in over a year, according to the latest Red C opinion poll.

The poll, for tomorrow's Sunday Business Post, also shows that two-thirds of voters think the Government has broken tax promises made during the general election.

Over 1,000 voters nationwide were interviewed by Red C between Monday and Wednesday for the poll, the first since the presidential election, and the last before the Budget.

After a disastrous presidential campaign, Fine Gael will be happy enough with a one point gain to 32%.

However, Labour have been pushed out of second place for the first time in over a year. They have dropped two points to 15%.

Fianna Fáil are now up to second, rising a substantial four points to 18%. That is the party's highest rating in a Red C poll - and its first second place - since October of last year.

Sinn Féin’s support is down one to 15%, leaving it in joint third place with Labour.

Independents and others have slipped two to a still substantial 20% rating.

On issues, almost two thirds of voters said the Government should review the Croke Park Agreement and further reduce public sector costs. 33% disagree with those statements, with 2% undecided.

Asked if the Government appeared to have broken the taxation promises made during the general election campaign, 66% said they had, 32% said they had not and 2% did not know.

So, on the one hand the coalition parties can congratulate themselves that they retain the backing of almost half of all voters.

But they will have to ask themselves how solid that support is, and how the Budget choices unveiled on Monday and Tuesday will affect it. 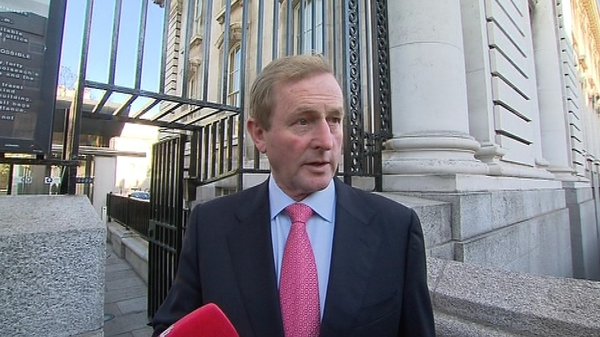