Four student leaders say they have occupied a room at the Department of Social Protection at Store Street in Dublin.

USI President Gary Redmond says he and the presidents of Galway-Mayo Institute of Technology, University College Cork and IT Carlow will stay in the building until such time as the Labour Party clarifies its position on student fees.

A Department spokesperson said there were a number of 'unauthorised people on the premises'.

Earlier, a group of students attempted to occupy a room in the Department of Enterprise on Kildare Street.

The students spent a short time in the building before agreeing to leave after gardaí arrived.

A statement from the Union of Students in Ireland said ten student union presidents had occupied the department as part of their ongoing campaign to persuade the Government to honour pre-election pledges made to students on the issue of fees. 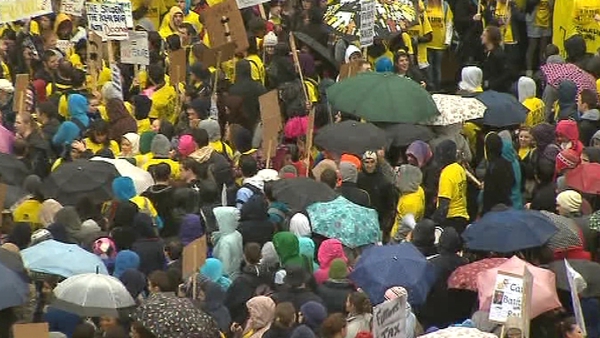