Opposition politicians have said that the Government's plan to cut jobs as part of its reform the public services will undermine frontline services.

Minister for Public Expenditure and Reform Brendan Howlin said the plan would be achieved without any compulsory redundancies.

Taoiseach Enda Kenny said the programme would make the public sector more efficient and allow the State to be smarter with its scarce resources.

The published document confirms that the number of public sector workers will have been reduced by a further 23,500 from the beginning of 2011 to 2015.

There are currently just under 300,000 public service workers.

Asked about how it would affect frontline services, Mr Howlin said he would not pretend that the reform agenda would not cause problems, but that his department would deal with issues as they arise.

There are 40 decentralisation projects that will not be going ahead.

There are 32 projects where accommodation is already complete or almost complete that will be left in place. Another 22 projects will be reviewed.

The Government says it will have rationalised 48 State bodies by the end of 2012 and will be reviewing the position of a further 46.

Local leave arrangements, such as for festival and race days, will be abolished, and the same cap on leave allowance will apply across the public sector, with a maximum leave entitlement of 32 days.

Previously, some staff were entitled to over 40 days, as well as further time off for so-called privilege days or local events.

Mr Kenny said the reforms were essential to keep costs to a minimum, and avoid additional tax increases.

It is understood that the Public Service Reform programme contains around 200 key actions, some with timelines for their implementation.

Gaeltacht Minister Dinny McGinley has reacted to the announcement to merge the office of An Coimisnéir Teanga with the Ombudsman.

Mr McGinley said the decision does not contravene the Official Languages Act.

The minister also said that he did not know how much the State would save as a result of the merger.

"The Government is destroying jobs and announcing it as if this will somehow save the struggling economy. This move will only further depress demand in the economy and is utter madness," said Mr Boyd Barrett.

The total of 40 decentralisation projects cancelled would have resulted in 4,553 positions being decentralised to towns around the country.

The worst hit town is Drogheda, which was to have received five separate projects and 602 jobs. None of these will now be progressing.

Over 700 jobs that were to be taken up in the southeast will now not happen.

Department of Environment was to move 225 posts to Waterford, 125 posts to New Ross in Co Wexford and 62 posts from the same department to Kilkenny.

Kilkenny was also expecting another 49 jobs from the Arts Council and Wexford was to get another 63 from the National Building Agency.

A further 206 jobs were to go to Dungarvan in Co Waterford from Ordnance Survey Ireland.

Under the original decentralisation plan, a section of the Department of Social and Family Affairs was to move to Donegal Town and 258 staff were to be based there.

Also in Co Donegal, 25 people were to work in Foras na Gaeilge in Gweedore.

There were 159 people moved to Carrick-on-Shannon in Co Leitrim to work in phase one of the decentralisation of a section of Social and Family Affairs and under Phase 2, which is not now going ahead, 90 further civil servants were to move.

Carrick-on-Shannon was also expecting 54 jobs in the Central Fisheries Board decentralisation. 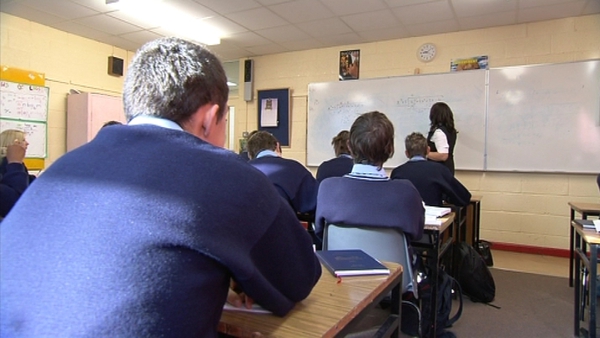