Minister for Education Ruari Quinn has said he cannot reveal whether fees for third-level education will be reintroduced in the Budget, because any decisions will be collectively made by the Cabinet.

Speaking on RTÉ's Six-One News, Minister Quinn agreed he that he had given a very clear commitment before the election not to increase college fees.

He said he still believed in the power of education and he understood the financial pressures on parents.

He added that 44% of college students were in receipt of a grant.

Third-level students took to the streets of Dublin to protest against any attempt by the Government to increase student fees or to cut maintenance grants.

Gardaí say around 15,000 people participated in the rally, while the Union of Students in Ireland put the figure at over 20,000.

It followed reports that, from next year, existing grants and maintenance support for postgraduates could be scrapped, saving around €50m a year.

USI President Gary Redmond said it is vital that the Government protects education in next month's Budget.

Around 40 student protesters are sleeping in tents outside the Department of Education in Marlborough Street in Dublin tonight.

They say they will stay there until 10am tomorrow.

Mr Quinn congratulated the students who took part in today's demonstration for the responsible way they conducted the march.

In the Dáil this morning, Tánaiste Eamon Gilmore faced criticism from Opposition TDs over the Labour Party's pre-election pledge not to introduce third level fees.

Fianna Fáil leader Micheál Martin accused the party of engaging in "dishonest politics" and said they did not have the guts to tell students what lies ahead for them.

He said Mr Quinn had "brazenly" gone to Dublin's Trinity College before the election to sign a pledge not to bring in third level fees, which was akin to "cheating" students.

In response, Mr Gilmore said the political commitments that the Labour Party had entered into would be honoured.

He said the Education Minister had on Monday received a report from the Higher Education Authority that looked at funding and this would influence the Government's policy options. 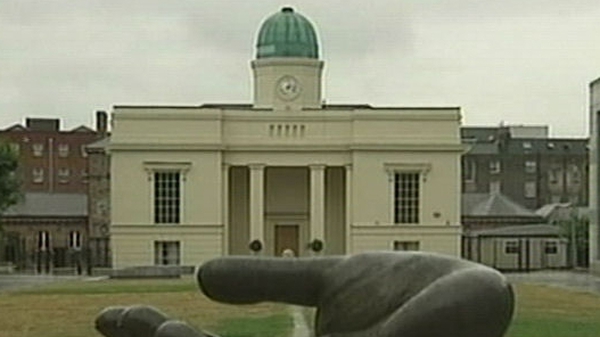