Irish MEP Paul Murphy has accused Israeli Foreign Ministry officials of lying to those on board the Irish vessel seized in international waters while trying to break the naval blockade of Gaza.

Speaking at a news conference in Strasbourg this morning, he said that pledges their return to Ireland would be expedited and that they would not be strip searched were immediately broken.

The Dublin MEP was on board the MV Saoirse along with 13 other Irish citizens and was detailed by Israeli authorities for seven days.

He said that phone calls made by those detained were monitored and that they were warned they could only "talk in good terms" about the conditions in which they were being detained.

He added that Israeli authorities confiscated his European Parliament-issued laptop, which has not yet been returned.

He said that seven tickets had been bought by the Israelis for the flight, but that just two of those detained were actually brought to Tel Aviv's Ben Gurion airport.

He said they missed the flight due to extensive searches by the Israeli authorities.

Claudia Saba of the Irish Ship to Gaza movement said the group would review its tactics, but would not rule out another attempt to sail to Gaza. 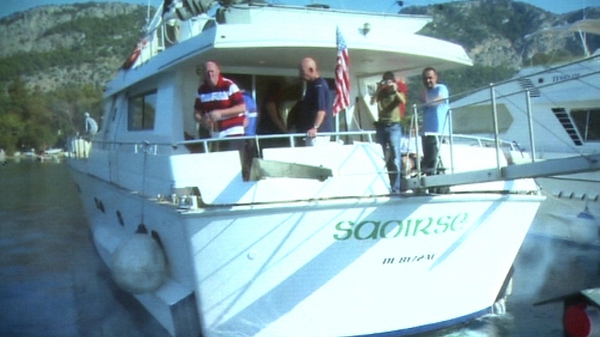