Italian Prime Minister Silvio Berlusconi has formally resigned, ending one of the most scandal-plagued eras in recent Italian history.

Mr Berlusconi, who failed to secure a majority in a crucial vote on Tuesday, handed in his resignation after parliament passed a package of measures demanded by European partners to restore market confidence in Italy's strained public finances.

Former European Commissioner Mario Monti is expected to be given the task of trying to form a new administration to face a widening financial crisis, which has sent Italy's borrowing costs to unmanageable levels.

"I am deeply embittered," Mr Berlusconi, who has been in power for 10 of the past 17 years, was quoted as saying shortly before arriving at Mr Napolitano's offices to formally submit his resignation to the sound of jeering crowds.

His departure leaves Italy in political limbo and Mr Napolitano is expected to move swiftly to designate a nominee to form a new government.

"We hope today marks the beginning of a new spring in Italy," Massimo Donadi, a lawmaker from the Italy of Values party, said during the tumultuous session of parliament that approved a package of reforms promised to the EU.

Dario Franceschini of the main opposition Democratic Party said: "Today the curtain falls on a long and painful phase of Italian political history.

"The country wants to turn the page and start again," he added.

The prime minister waved to the crowd after his last cabinet meeting despite the jeering. There were also small groups of supporters who shouted "Silvio! Silvio!" and said they were bereft that their beloved leader was leaving.

Economist Mario Monti has a formidable reputation as a former bureaucrat in Brussels who took on US corporate giants Microsoft and General Electric, but he has no experience in political office.

European Central Bank president Mario Draghi, the former governor of the Bank of Italy who took over in Frankfurt just this month, met Mr Monti in Rome on Saturday in what was interpreted as an implicit endorsement.

International Monetary Fund chief Christine Lagarde also added her voice to calls from US President Barack Obama, French President Nicolas Sarkozy and others for Italy to form a new government instead of declaring early elections. 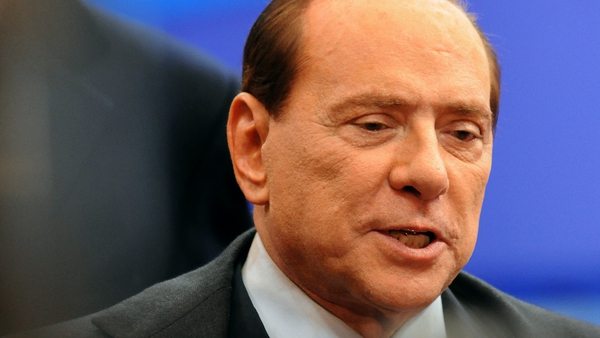