In a major U-turn this evening, State-owned bank AIB has decided to pass on an ECB interest rate cut to standard variable customers despite refusing to do so yesterday.

In a statement the bank said: "Following the meeting between AIB, members of the Government and the Economic Management Council, the Board of AIB has decided to implement a 0.25% interest rate cut to its variable rate mortgages."

The Government this evening welcomed the development.

Despite a demand for AIB pass on the rate cut Mr Hodgkinson said yesterday its customers already benefited because the bank had not increased rates when they were raised by the ECB on two occasions this year.

However, this evening's statement reverses that position; it is understood the reversal did not follow additional contact with the Government today.

Mr Gilmore said if they do not reconsider, the Government would take 'action as appropriate'.

EBS, Permanent TSB, KBC and former Irish Nationwide have already announced that their customers will benefit from the ECB's decision.

However both Ulster Bank and Bank of Ireland have not passed the rate cut on to customers. 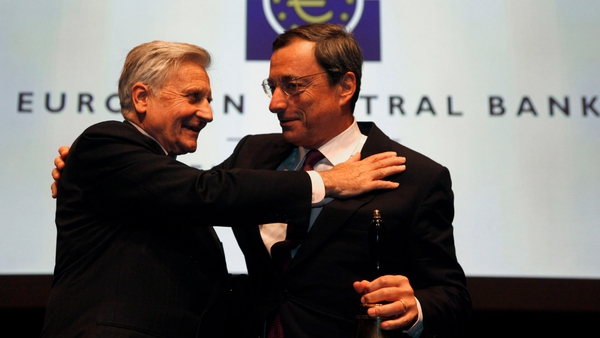