Taoiseach Enda Kenny has restated his backing for the nomination of the Department of Finance's Kevin Cardiff to the European Court of Auditors.

He said Mr Cardiff is “technically very-well qualified” for the job and the EU budgetary control committee may ask him whatever they like when he appears before them.

In relation to the €3.6bn miscalculation of the national debt that recently came to light, Mr Kenny defended Mr Cardiff, saying when messages are being sent it would be appropriate to CC the Secretary General and Minister for Finance Michael Noonan.

Mr Kenny's backing comes after three Irish MEPs questioned the nomination of the Department of Finance's Kevin Cardiff to the European Court of Auditors.

Speaking in Brussels, Labour Party MEPs Phil Prendergast and Nessa Childers said that Mr Cardiff will have questions to answer when he comes in front of the committee.

They said there is some unhappiness in government circles about his nomination.

Fine Gael's Sean Kelly MEP said circumstances had changed since his nomination in light of the recent accounting error involving €3.6bn at his department.

The interview for the board of auditors is scheduled to take place in Brussels on 23 November.

Mr Cardiff, the outgoing head of the Department of Finance, was called before the Public Accounts Committee last week to explain why the national debt had been overstated by €3.6bn.

It emerged that the department was alerted to the error on up to four occasions by the National Treasury Management Agency but failed take any action.

Speaking in Brussels, Minister for Finance Michael Noonan said recent criticism of the nomination of Mr Cardiff did not give him pause for thought.

He said: "The government has already done the nomination - of Kevin Cardiff - and so the next part of the process is the relevant committee of the European Parliament, which will assess his suitability. MEPs will have their own channels to give their views to their colleagues." 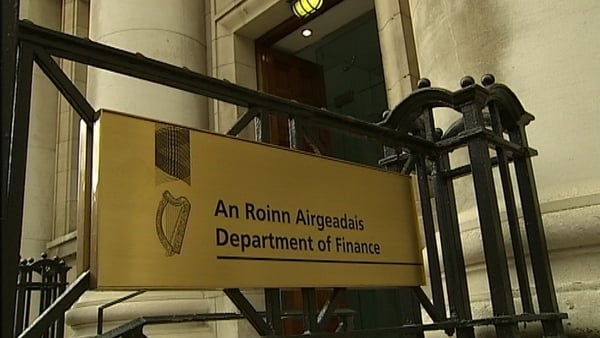