Italian Prime Minister Silvio Berlusconi has confirmed that he would stand down after a new budget law is approved in parliament.

"After the approval of this finance law, which has amendments for everything which Europe has asked of us and which the Eurogroup has requested, I will resign, to allow the head of state to open consultations," he told his own Canale 5 television.

The comment confirmed an earlier statement from President Giorgio Napolitano.

"Once this commitment has been carried out, the prime minister will submit his resignation to the head of state," read the statement, which came after consultations between Mr Berlusconi and Mr Napolitano.

Mr Napolitano will then "proceed with traditional consultations with maximum attention to the positions and proposals of every political force - those of the majority from the 2008 elections as well as the opposition," it added.

Mr Napolitano's office said Mr Berlusconi had shown "his awareness of the implications of the results of today's vote" as well as "concern for the urgent need to give prompt answers to the expectations of European partners."

Earlier, Mr Berlusconi won a vote on public financing, after the opposition abstained from the vote, but failed to win majority support.

Mr Berlusconi won the vote on the ratification of 2010 public accounts because the opposition abstained, but he obtained only 308 votes, far below the 316 needed for an absolute majority in the 630 seat Chamber.

The opposition immediately said the vote showed Berlusconi must tender his resignation.

Today, Mr Berlusconi's closest coalition ally Umberto Bossi told him to resign in what could be a major blow to the Italian prime minister.

Mr Bossi, head of the Northern League, said the 75-year-old media magnate should be replaced by Angelino Alfano, secretary of the premier's PDL party.

"We asked the prime minister to stand down," Mr Bossi told reporters outside parliament.

Red lights are flashing on bond markets about Italy's uncertainty with the interest rate Rome is forced to pay on government bonds reaching critical levels.

Yields on Italy's ten-year benchmark bonds rose to 6.74% earlier today before dropping back. Analysts said Italy was reaching the point where Portugal, Greece and Ireland were forced to seek a bailout.

Minister for Finance Michael Noonan has said that his EU colleagues were awaiting developments in Greece and Rome before finalising plans for the expansion of the EU's bailout fund.

Speaking in Brussels, Mr Noonan said: "There was a feeling that whatever economic and financial decisions need to be made, they can't really be made until the political log-jam has been released. People were watching and waiting on developments."

The Minister said most of today's discussions among the EU's 27 Finance Ministers meeting in Brussels centred on the introduction of a financial transaction tax.

He said Ireland supported the idea because we had " paid a lot of taxpayers money to support the banks and there must be a day when it's payback time for the taxpayer."

Mr Noonan said it appeared pretty remote that such a tax would be introduced on a global level in the short to medium term.

If introduced in Europe, he said it should happen on an EU-27 basis, not on a euro zone basis, because it would be "very difficult for our financial services and industry, if the tax was introduced in Dublin but not London."

The matter will return to Ministers next year after technical work by the European Commission which feels it has a solution to the differences between countries. 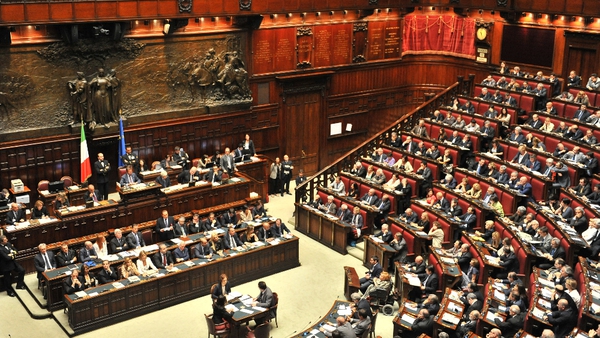