A leading newspaper columnist has acknowledged that a column of his, which led to questions in the Dáil and to an internal garda investigation, did not tell the truth in a fair and impartial manner.

Kevin Myers also told the Smithwick Tribunal that he believes there were at least two gardaí who were IRA moles within Dundalk Garda Station and that there may have been an IRA cell operating there.

The Tribunal is investigating claims that a mole inside the station passed information to the IRA which led to the death of RUC Chief Supt Harry Breen and Supt Bob Buchanan in a 1989 ambush.

All three deny the allegation that they colluded in the men's deaths.

Mr Myers wrote a column in The Irish Times in March 2000 which stated that a garda based in Dundalk was actively working for the IRA and he had passed information which lead to several deaths, including those of the two senior RUC officers.

Mr Myers told the Tribunal today that the book 'Bandit Country' by Toby Harnden had been a source for his column and he then contacted a former garda and a former IRA member to discuss the matter.

As a result he wrote the column as part of the Irishman's Diary series.

Mr Myers earlier told the Tribunal that his garda source identified former Garda Sergeant Leo Colton as the mole while the former IRA member only referred to the mole as 'C'.

The witness said he took it at the time this was the same person and wrote the article on that basis.

The witness also accepted that his column was wrong when it said the garda mole was responsible for the IRA murder of Tom Oliver since both had left the force at the time of his killing.

As a result of his work on the column, Mr Myers said he believed there were two IRA moles in Dundalk passing information.

Under cross examination by Jim O'Callaghan, senior counsel for Owen Corrigan, Mr Myers said he did not have evidence there was a mole or moles but that was what he had been told.

He said he absolutely believed there was collusion by gardaí in Dundalk but that does not mean it was Mr. Corrigan, he told Mr O'Callaghan.

The witness said he wrote a column which was based on his opinion and assertions made by him.

It was on a "different factual plain" to an news article or an editorial in a newspaper.

Mr Myers also said that with the benefit of hindsight, he would have changed the contents of the column.

Asked by Mr O'Callaghan if his column told the truth "in a fair and impartial manner" with witness replied "no, I don't believe it did."

Mr Myers is to be recalled at a later stage to be cross examined by the legal teams.

Earlier a senior garda told the Tribunal that he believed a former sergeant when he said he was asked to sign passport forms by a colleague.

A number of the passports ended up in the hands of active IRA members.

Detective Inspector Gerard McGrath is the fifth senior officer to give such evidence to the tribunal.

Today's witness was one of a number of gardaí who interviewed then Sgt Finbarr Hickey and retired Sgt Leo Colton back in 1998 after they were arrested when the forged passports came to light.

During questioning at the time Mr Hickey maintained he signed the forms without knowing the people involved because he was asked to by Mr Colton who would arrive into Carrickmacross Garda Station with the forms already filled in. Mr Colton denied the claims.

Today, Mr McGrath told the tribunal that he believed Mr Hickey was telling the truth about the matter.

Mr Hickey later pleaded guilty and received a prison sentence for his involvement in the passport forgery.

He told gardaí he would not give evidence against Mr Colton if Mr Colton was to stand trial. 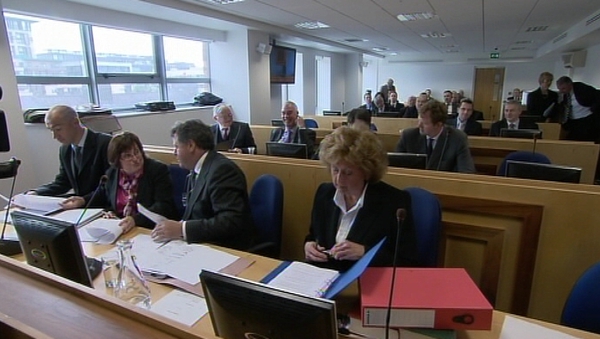