The Government will not be opposing a Fianna Fáil bill to establish a non-judicial debt settlement system, Minister for Justice, Equality & Defence Alan Shatter has told the Dáil.

The bill recommends the establishment of a debt settlement and mortgage resolution office.

Mr Shatter said the Government was preparing a Personal Solvency Bill to be published in March 2012.

The minister said the Government's proposed legislation will be as humane as possible, while being consistent in the need to maintain the interest of debtors and creditors.

Minister for Finance Michael Noonan earlier told the Dáil that the approaches set out in the Keane Report would help people make a new start with regard to their mortgages.

He was speaking during a statements session on the Keane Report on mortgage arrears.

Mr Noonan said there was a distinction between those who cannot pay and those who do not want to pay.

He said a range of solutions were being offered - split mortgages, he said, would enable mortgage holders to reduce their payments for a period of time.

He said the situation and the resolution was going to be complex.

Mr Noonan said there had been suggestions that clearing the negative equity would help, but he said this had been estimated to cost about €16bn and it would not address the real issue of arrears.

He said mortgage difficulties could only be addressed on an individual, case-by-case basis.

The Finance Minister said there was a need to modernise personal insolvency legislation.

He said the scale of the current needs and demands went beyond what the Money Advice and Budgeting Service (MABS) could deal with. He said a more centralised and specialised service would link into MABS.

He said the report proposed that the banks should fund this service and that he endorsed this view.

The minister said the State has a responsibility to provide housing for those who can no longer pay.

He explained that the mortgage to rent element will ensure that people do not have to leave their homes.

It was proposed to launch these schemes on a pilot scheme at first, he added.

Fianna Fáil Finance Spokesperson Michael McGrath said he believes there is no silver bullet for dealing with the mortgage arrears problem.

He said the Keane Report places too much emphasis on the role of the banks and puts them at the centre of the solution.

Mr McGrath said he did not believe this was a role they could play, saying that the banks often fail to implement solutions they are asked to set out.

He said most banks failed to implement the deferred interest recommendation of the Cooney Report.

Deputy McGrath said there was a lack of a key implementation plan in the Keane Report.

He said the Government had promised to put the interests of the mortgage holder above those of the banks. He said they had failed to do so.

He said the banks had not been instructed to absorb the ECB interest rate increases.

Deputy McGrath wondered what happens to the residual debt in the case of the mortgage to rent element of the recommendations. He said the mortgage holder is still responsible for it.

He said it was not realistic to believe that chunks of mortgage debt would be written off by banks.

On the issue of trade-down mortgages, he said for many people their current properties are actually too small for them, so that trading down in size is not an option.

On the issue of the split mortgage element, he said it was interesting and did involve some genuine debt forgiveness.

He wondered what would happen to the huge percentage of people who have mortgages with banks outside the country.

Mr McGrath said he noted the minister said the recommendations of the report were not prescriptive, but he said he believed prescriptive legislation was needed to force the banks. 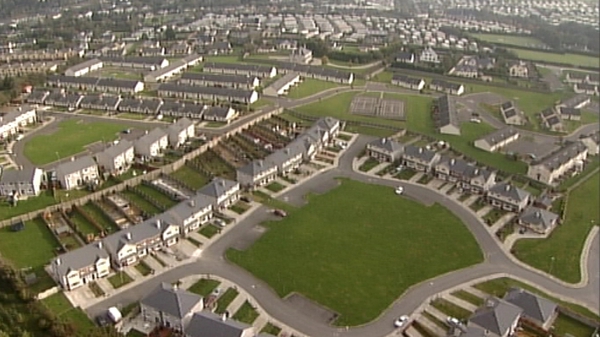 Kenny open to all ideas for mortgage solution