Residents of the Priory Hall apartment complex in Dublin have been told their homes are unsafe to live in because of fire safety concerns.

Dublin City Council has informed the residents in nearly 200 privately owned apartments that they may have to vacate their properties and go on the housing list.

The council said today that court action "is imminent".

The court heard then that defects had not been remedied despite six separate undertakings by Mr McFeely.

In its letter to residents, the city council said in addition to continuing non-compliance with fire safety regulations "certain matters have come to light", which found "there is a serious risk to the safety of the persons in the event of a fire on the premises".

The council, which forced its own tenants to leave two years ago, advised the private occupiers that the Fire Officer considers the building unsafe to occupy.

It warned the residents that the court action may result in an order to vacate the building.

The council says it will provide information on whether the residents will qualify for the housing list.

Residents' representatives and local politicians are due to meet with city council officials today. 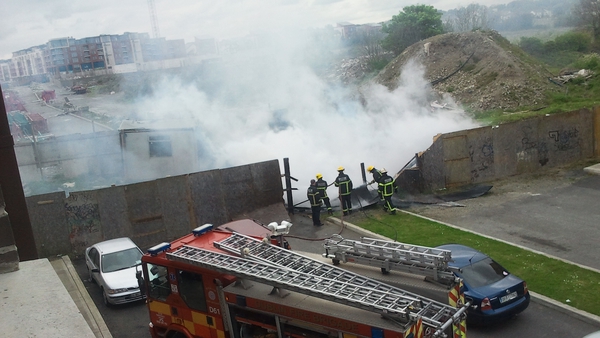 Residents at risk of fires near apartment