"Tomorrow, in the commission I will make some proposals on some of those topics," including the recapitalisation of European banks, Mr Barroso said at a press conference in the Hague at the end of talks with Dutch Prime Minister Mark Rutte.

"We are now proposing to the member states to have a coordinated action to recapitalise banks and get rid of toxic assets they may have," Mr Barroso said last week in an interview with Euronews TV.

He later noted European banks were already in the process of increasing their capital, but that additional efforts were needed and that "coordination at a European level is of course essential".

French President Nicolas Sarkozy and German Chancellor Angela Merkel on Sunday vowed to come up with a comprehensive response to the eurozone debt crisis within weeks.

Without announcing concrete details, Mr Sarkozy promised "lasting, global and quick responses before the end of the month".

Taoiseach Enda Kenny is to meet with Mr Barroso in Brussels on Thursday to discuss challenges facing the euro ahead of the summit of EU leaders later this month.

It is believed Mr Barroso will be holding meetings with other EU leaders separately.

Much of the mission is expected to be taken up by discussions related to the preparation of the December Budget, which will be the first for the present Government.

Concentrated action to deal with the banks in the early summer has left Ireland ahead of target in this part of the EU-IMF bailout plan, but there will be plenty for the Troika team to talk about with the Government.

On the Budget, officials will focus on actions to close the deficit to the target of 8.6% of GDP.

Many economists believe this will require an adjustment of more than the €3.6bn previously agreed to, due to lower than expected growth in Ireland and abroad.

The team will also examine the results of the comprehensive review of expenditure.

The review is the mechanism by which the Government will implement spending cuts over the next three years and assess progress on additional revenue raising measures, such as a property tax.

Today in the Dáil, Minister for Public Expenditure Brendan Howlin said that the EU/IMF troika wanted to write a target of €5bn for the sale of State assets into the last quarterly review of the bailout, but the Government persuaded them to agree to a "broad statement" rather than a specific figure.

Mr Howlin told Fianna Fáil's Sean Fleming that the Government was more concerned with what they could do with the money, rather than the quantum.

He said they wanted to get agreement on using at least some of the proceeds from the sale of State assets to invest in job creation. 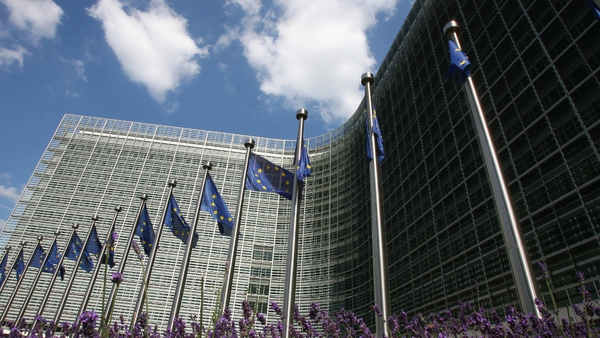