A senior International Monetary Fund official has said Ireland's economic performance has been "surprisingly positive" and better than the most hopeful expectations thanks to strong exports.

However, Antonio Borges, the head of the IMF programme for Europe, cautioned that if Europe entered a major recession then the Government may have to adjust its targets,although he said he did not expect that to happen.

Speaking to RTÉ in Brussels, Mr Borges also revealed that the IMF could intervene alongside Europe's rescue mechanism, the EFSF, in purchasing Italian and Spanish bonds.

He was responding to the latest downgrading of Italy by Moody's, which threatens to push up Italy's borrowing costs.

Moody's yesterday downgraded Italy's government bond rating from Aa2 to A2 with a negative outlook, citing risks for the financing of long-term debt and slow economic growth.

Meanwhile, the IMF is backing a push to boost the impact of the eurozone's bailout fund by using its resources more creatively.

In a new report in Europe published today, the IMF says the eurozone should consider using its crisis tools to guarantee bond issues from struggling countries.

Mr Borges says the fund "should use its resources so that it encourages other investors to invest alongside them".

German Chancellor Angela Merkel has admitted that an urgent recapitalisation of Europe's banks may now be needed.

It follows the slump in the share price of the Franco-Belgian bank Dexia, thought to be the first major banking casualty of the Greek sovereign debt crisis.

Earlier, the European director of the Mr Borges said that Europe's banks needed between €100-200bn to cushion against the affects of the sovereign debt crisis. 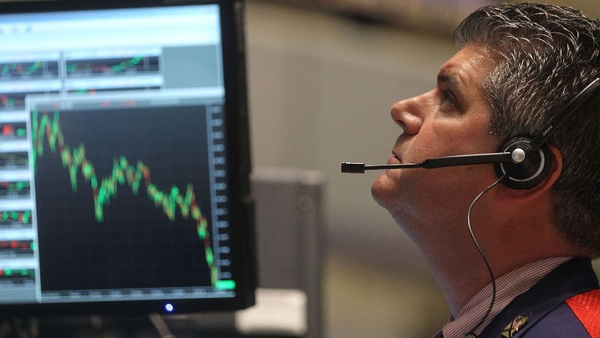