Nominations for the Presidential election closed at midday, with a record seven candidates in the running to succeed President Mary McAleese.

The election will be held on Thursday 27 October.

All seven candidates took part in the first Presidential debate of the campaign on RTÉ's News At One.

They set out their arguments as to why they should be elected Ireland's ninth President.

Sinn Féin's Martin McGuinness said that he has put his life on the line for the peace process and that the people would judge him for his work.

Independent candidate Senator David Norris said he was not hiding anything in relations to the letters he wrote pleading clemency for his former lover, and that he has received legal advice that he could prejudice a situation by releasing them.

Fine Gael's Gay Mitchell said he would work with the government of the day to ensure that the country takes the right direction at what he called a crucial time.

Labour's Michael D Higgins said he has the stamina and energy to serve as President and that he is running a vigorous campaign.

Independent Dana Rosemary Scallon said she took a position against the bishops in the abortion referendum because they and the public were not fully informed. She said she has always promoted the Irish people's rights.

Independent Mary Davis said she was standing on her track record on what she has achieved over 30 years involved with the Special Olympics.

Fellow Independent Seán Gallagher said he wanted to bring new confidence back into the country and deal with what he called the most relevant current issues of unemployment, emigration and lack of confidence.

Meanwhile, Taoiseach Enda Kenny has said that there are no plans to introduce legislation to reform the Presidential nomination process.

Mr Kenny said after the President is elected, a Constitution convention will be formed and changes to the process will be considered.

He was responding to a question from Sinn Fein's Gerry Adams who asked if the archaic system will be reformed through legislation. 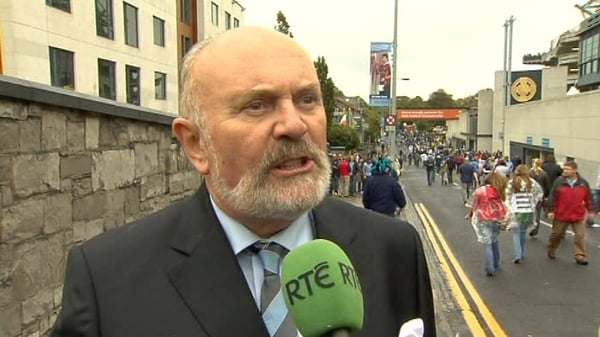