A new "pay as you save" scheme is to replace the current grant-aided system for retrofitting old housing stock with insulation, if negotiations under way with various parties are successful.

Addressing a conference on retrofitting in Ireland, Energy Minister Pat Rabbitte said while over 30,000 homes availed of grants this year to have work carried out, many more would have to be included if Ireland is to meet 2020 targets of reducing energy consumption by 20%.

Mr Rabbitte said negotiations were under way with the business, financial and banking sectors to provide funding for the "pay as you save" proposal. The current grant aids run until 2014.

The plan would see consumers repaying funds for insulating their homes to modern standards over a number of years, in some cases up to 20 years.

Repayments are made as part of their energy bill, and based on savings made through energy efficiency.

A similar scheme in the US has proved popular with energy companies and home owners, the conference heard.

Industry figures say the retrofitting programme could be worth €14bn to the Irish economy.

An analysis of the Home Energy Scheme operated by the Government has estimated that the initiative has resulted in the investment of over €170m in the last three years.

Under the Home Energy Scheme, householders can avail of grant aid to assist them with increasing insulation and upgrading home heating systems.

The Sustainable Energy Authority's cost benefit analysis concludes that for every €1 it spends on the scheme, the economy benefits to the tune of €5.

The scheme is, they say, self-financing. Homes that avail of grants save an average of €450 a year on energy bills. 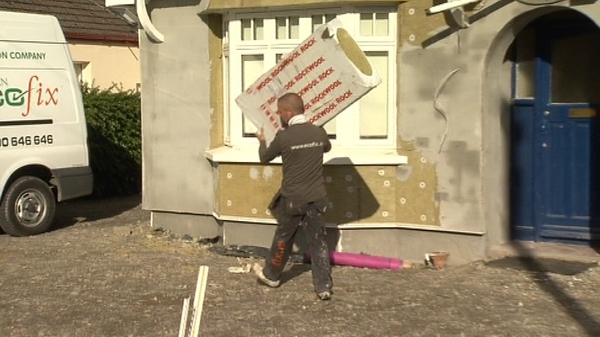