The Palestinian Authority's president Mahmud Abbas has vowed to lodge a bid for UN membership before the Security Council next week, despite mounting Israeli and US opposition.

In an address broadcast from his Ramallah headquarters Mr Abbas said he would submit the request after he delivers a speech to the UN General Assembly next week.

"We are going to the United Nations to request our legitimate right, obtaining full membership for Palestine in this organisation," Mr Abbas said.

Abbas is due to address the UN General Assembly on 23 September, when he said he would present Palestine's membership bid.

Both Israel and the US are firmly opposed to such a move, arguing that a Palestinian state can only be created through direct negotiations.

Washington has already said it will veto any statehood resolution in the Security Council and some politicians have said they will try to cut American aid to the Palestinians, totalling some $500m a year, if they refuse to back down.

If the US does veto the resolution, the Palestinians could then go to the full UN General Assembly.

It does not have the power to grant the Palestinians membership, but could recognise it as a non-member state.

Such a move would give the Palestinians possible access to other international bodies, including the International Criminal Court, from where it could seek to sue Israel for the longstanding occupation of the West Bank.

Mr Abbas said he wanted to see a Palestinian state recognised on the basis of the 1967 lines; comprising the West Bank, East Jerusalem and the Gaza Strip, adding that this would then enable the Palestinians to return to negotiations with Israel.

He stressed that any popular protests in support of his initiative should be peaceful.

Israel fears that the UN showdown could spark violence across the West Bank and is putting its forces on high alert in the area. 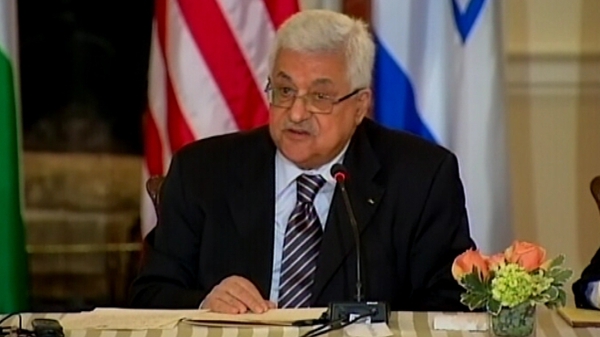