A group of doctors and nurses detained in Bahrain have reportedly been released tonight, including three doctors who trained in Ireland.

The group were arrested during pro-democracy demonstrations in the gulf state earlier this year.

They have been on hunger strike for the past two weeks.

State media said a military court had released them until 29 September, when it will issue verdicts in some of the cases.

Reuters reported that it was not immediately clear if the entire group had been released.

The Bahrain Centre for Human Rights said in a statement: "The military court today decided to release the ... medical staff in detention who were on their ninth day of hunger strike. There is still concern for them as the charges have not been dropped."

Director of human rights organisation Front Line, Jim Loughran says the medical personnel still face charges of participating in attempts to undermine the King of Bahrain - effectively they are facing charges of treason.

Fianna Fáil Senator Averil Power, who was part of a delegation which visited Bahrain in July to campaign for the release of the doctors, issued a statement welcoming their release. 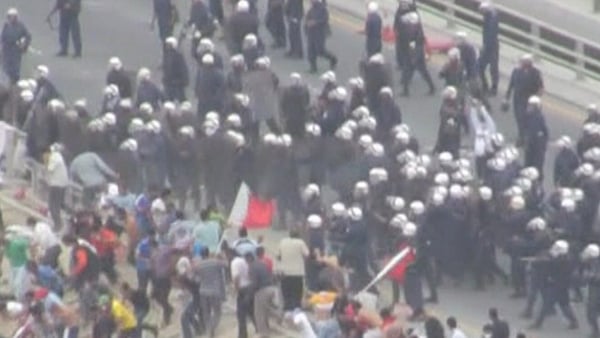