RTÉ News has learned of a contractual entitlement called "Historic Rest Days", which allows around 450 medical consultants to take their final year off before retirement - on full pay.

The HSE, which wants to abolish the entitlement, has estimated that the practice could cost over €100m between now and 2027 - when the last of the eligible consultants is due to retire.

In a statement this evening, the HSE said: "In order to deliver greater efficiencies in these extremely challenging times, the HSE continues to examine historical work practices with all of its stakeholders, trade union bodies and representative associations."

This entitlement in the 1997 consultant contract compensated consultants who had not received their full rest day entitlements under earlier contracts.

It allows them to take up to a year of such rest days on full pay prior to retirement.

This means the HSE has to pay a locum to do their duties.

The consultant also has the option to become his or her own locum - working the final year for double pay.

The HSE estimates that 450 consultants retain this entitlement on an average salary of €230,000.

It calculates that Historic Rest Days will cost over €103m by the time the last eligible consultant retires in 2027.

In a statement the Irish Hospital Consultants Association said: ''This has been in place since 1998 to recognise the work that hospital consultants did at weekends in earlier years without any compensation.'

'In the vast majority of cases, the compensation accepted did not match the amount of weekends actually worked.'

The Irish Medical Organisation said that it would insist that all existing contracts for consultants were honoured in full.

They also said that IMO consultants would prefer the HSE to give them better resources to treat patients - rather then being concerned about Historic Rest Days.

To enhance patient services and cut costs, the HSE also wants to extend operational hours in hospitals, and hospital consultants are central to their plans.

A document seen by RTÉ News outlines their plans to extend rostering for consultants - in some areas to 24/7 rosters - with no extra pay - arguing it is already permitted under the Croke Park Agreement.

It also wants consultants to work extra hours for no extra money. 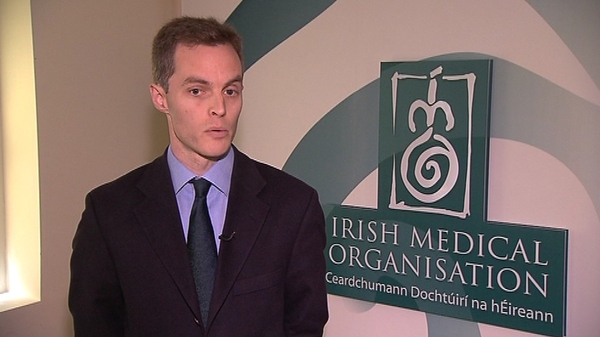