Gay Byrne has informed Fianna Fáil leader Micheál Martin that he does not intend running for the Presidency of Ireland.

Speaking to RTÉ News, Mr Byrne said he had decided in consultation with his family that running for President was not for him at this time.

He added that he does not believe he is what the Irish people are looking for in a President at this time.

Mr Byrne said he was incredibly overwhelmed and grateful for all the messages of loyalty, support and regard that he received from people all over the country over the past week, and for the offers of practical help.

He said he would never get around to thanking all the people who had contacted him offering support.

Describing it as a 'worthy objective', he sent best wishes to all the other candidates in the race and anyone else who may enter it.

Mr Byrne said there was no particular reason why he had decided not to run.

He said the option of running was foisted on him and he had not known anything about it and what it would involve.

He said he therefore had to take advice from a number of people before making a decision.

Meanwhile, Fianna Fáil has said a sub-committee had been established by Mr Martin to make recommendations in advance of a decision on its presidential strategy in early September.

In a statement Fianna Fáil said there had been wide support for Mr Byrne's candidacy.

'In June Fianna Fáil made it very clear that we believe that potential candidates for the Presidency with substantial public support should not be prevented from standing because of the very restrictive nomination process,' it said.

'As was fully demonstrated in this week’s opinion poll, there was very wide public support for Gay Byrne’s potential candidacy.

'Gay Byrne has many fine qualities and would have made an excellent candidate. However we respect his personal decision not to stand in the Presidential election.

'As to who the party will support, the process remains that a decision will be taken on this matter by the Parliamentary Party next month.' 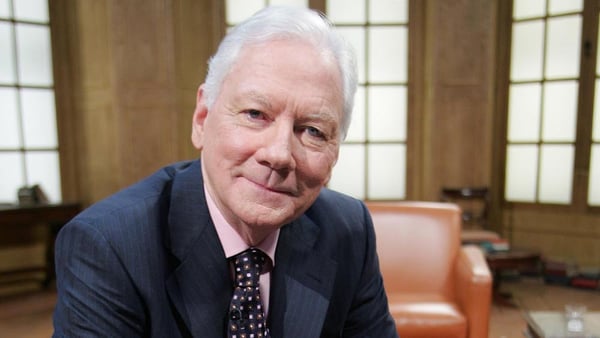