Muammar Gaddafi's forces are ‘no longer able to launch a credible offensive’ against civilians as rebel troops continue their advance, a senior NATO general has said.

Canadian Charles Bouchard, commander of NATO-led airstrikes in Libya, told AFP in an interview from Italy that ‘the Gaddafi regime's forces continued to be weakened, both in strength and their will to fight.’

Meanwhile, more countries are likely to announce next week that they will free up frozen assets for the use of rebels in Libya, a British official told Reuters, adding that economic and military pressure had left Gaddafi ‘desperate’.

The senior official, speaking on condition of anonymity, said steps taken by the international community meant Gaddafi and his supporters were nearing a ‘tipping point’ when they would be forced from power.

The official did not name the countries concerned, and the upbeat assessment was in contrast to an apparent military stalemate on the ground, where Libyan rebels have struggled to make inroads against Gaddafi's forces despite nearly five months of NATO bombing of government targets.

‘There are likely to be significant announcements next week in the UN on assets being unfrozen by other countries,’ the British official said.

‘While it's hard to predict when this will end, it's easy to see the pressure is building on Gaddafi and it is only a matter of time before he's forced to leave power.’

Britain is playing a leading role in NATO air strikes against Gaddafi's forces which have weakened his armoury but failed to help the rebels deliver a knockout blow.

Most analysts say the rebels lack the capability to capture Tripoli and there is no indication that Gaddafi will stand down voluntarily.
However the British official said there were signs of desperation in the tactics the Gaddafi's government was using.

‘We understand that across the region Libyan embassies are engaged in fire sales of assets in order to raise money for the cash-strapped Libyan regime.’

Envoys from the rebel National Transitional Council took over the Libyan embassy in London this month to find that former diplomats had tried to sell off cars and other assets.

The official said that as rebels cut off oil supplies, Gaddafi was diverting fuel to troops away from civilians but the shortage for his military was becoming increasingly acute.

‘This may reach a ‘tipping point’ soon,’ the official said.

Separately, British defence spokesman Major General Nick Pope said NATO had no evidence that any civilians had been killed in a strike on a cluster of farmhouses in a village near Majar, about 150km east of Tripoli.

A spokesman for Gaddafi's government said on Tuesday that 85 people had been killed when missiles struck the compounds including 33 children and 32 women.

‘What I can say, with absolute certainty, is that this target was planned with the utmost care, based on a very clear intelligence assessment that this building was being used as a military base,’ Pope said.

‘As NATO made clear yesterday, while it is very probable that military casualties were inflicted in this strike, there is absolutely no evidence that civilians were at risk from this operation, let alone 85 were killed.’ 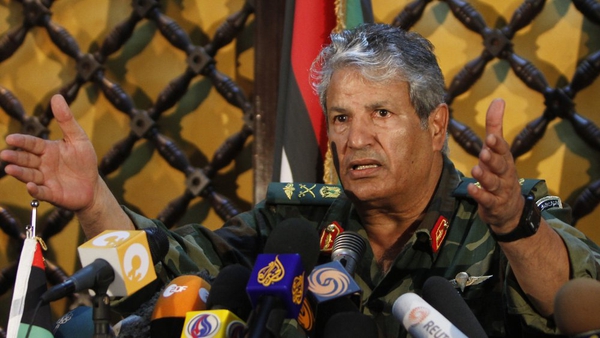