The Government has announced an additional €500,000 in funding to provide vital water supplies to drought-stricken communities in Northern Kenya.

The announcement was made today following a detailed briefing by the Government Technical Team which has returned from the Horn of Africa.

This brings the total Government funding to the food crisis to €7.7 million.

The additional €500,000 will be used by NGOs Oxfam and Christian Aid to truck water to some of the worst-affected areas of Northern Kenya, build new boreholes and provide basic healthcare to families in crisis.

The Technical Team spent five days in the Horn of Africa assessing how Ireland can continue to best respond to the emergency.

They then presented Minister of State for Trade and Development Jan O'Sullivan with a report on the scale of the humanitarian crisis and the needs of the population.

Speaking after the briefing, Minister O'Sullivan said:
‘The crisis in Horn of Africa is worsening every day. Almost half of the population in Somalia are malnourished and one child in every three is suffering severe malnutrition.’

‘Thousands of people have already died of starvation and our assessment strongly suggests that the crisis in Somalia will worsen over the coming six months.’

‘The UN estimates that 3.2 million people are also at risk in Kenya, which is also hosting over 450,000 refugees from Somalia,’ Ms Sullivan added.

‘The funding that I am announcing today will enable Oxfam and Christian Aid to scale up their efforts to provide safe, clean water and critical health services to families.’

Ms O'Sullivan also announced that Concern and Trócaire have this week drawn down an additional €400,000 in pre-approved Government funding to increase their emergency feeding programmes in Southern Somalia.

The funding - from Irish Aid's Emergency Response Fund - is reserved for severe emergencies and can be drawn on quickly to facilitate a speedy response.

This brings the Government's total funding to the Horn of Africa crisis to €7.7 million since the start of the year.

In addition, 11 members of Ireland's Rapid Response Corps have been deployed to the Horn of Africa and an additional seven members are due to deploy over the coming weeks. 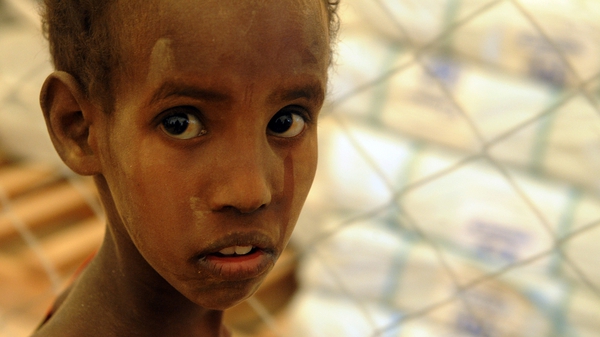