Turkey's army chief-of-staff and the entire military command have resigned in a row with the government over promotions for generals held in an alleged anti-government plot.

General Isik Kosaner stepped down after several meetings in recent days with Turkey's Prime Minister Recep Tayyip Erdogan, ahead of a meeting of the army's high command which decides on promotions for senior officers.

As well as General Kosaner, the commanders of the army, air force and navy also quit, which is unprecedented in Turkey, which is a member of NATO.

Turkish authorities are holding 42 generals as part of an investigation into an alleged plot to overthrow the ruling Justice and Development Party (AKP), the moderate off-shoot of a banned Islamist movement.

Senior officers in the army had been trying to get the imprisoned officers promoted despite their incarceration, but the government has insisted that they be forced to retire. 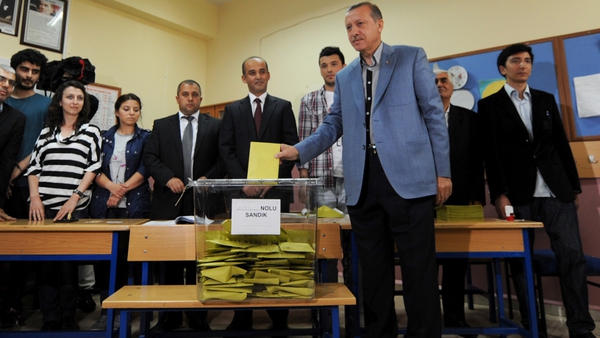