The Taoiseach Enda Kenny has said the debt burden on the Irish people has been made lighter this evening after the EU agreed to cut the interest rate on the country's bailout.

It is understood that Ireland's bailout interest rate will be reduced from around 6% to somewhere between 3.5% and 4%.

Irish officials estimate such a cut would mean an annual saving of €600-700m to the exchequer during the lifetime of the EU/IMF deal.

Ireland has also secured a concession on the maturity of the loan, meaning it can now be repaid over a 15 year period as opposed to 7.5 years.

Fianna Fáil TD Michael McGrath welcomed the news but said some important questions still needed to be answered in relation to it.

He said it needed to be clarified what the Government has agreed to in relation to tax harmonisation as part fo the deal, which could he said represent a real danger to this country's interests.

In a statement tonight, Eurozone leaders also confirmed that a new bailout for Greece, worth €159bn, had been agreed.

European governments and the IMF will put €109bn into the package with private institutions due to give €49.6bn through a mixture of contributions and debt buy-backs.

Greece would now have a minimum of 15 years to pay back the loans and a maximum or 30 years. They also said they would lower Greece's interest rate to around 3.5%.

The European Commission and member states will also organise a task force for Greece to send experts to the country to draw up an implement an economic stimulus plan.

This will be backed by a re-allocation of EU structural funds, which the European Council has dubbed 'the Marshall Plan for Greece', with the aim of boosting economic growth there.

Broadly speaking there will also be sweeping new changes to the way the EU's rescue mechanism operates.

The euro and European stocks, which had fallen on reports of a possible selective default, rallied sharply on news of the draft conclusions.

The euro topped $1.44 following the leaking of the draft agreement. 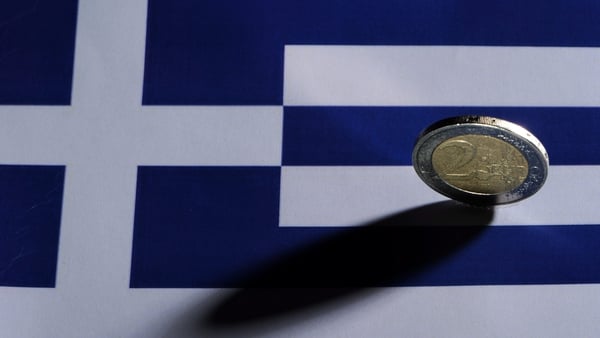 Greece to get more warnings about debt crisis