A museum depicting the early life of Pulitzer prize-winning novelist Frank McCourt has been opened at Leamy's School in Limerick City.

Leamy’s was the school Mr McCourt attended and with which he credits his early love of writing.

Frank McCourt won the Pulitzer Prize for his novel ‘Angela’s Ashes’, which depicts the poverty-stricken life of the McCourt family, who grew up in the lanes of Limerick.

The museum is the brainchild of city artist Una Heaton, who runs a gallery and art school at Leamy's, and it was formally opened by the late author’s brother.

‘He (Frank) always wanted to be known as a teacher – not as a writer, not as a personality, not as a celebrity,’ Malachy McCourt said.

‘What he would like is that no child would be deprived of the joy of words, of education.’

The museum will be open daily as a visitor’s centre, with an entry charge of €3. 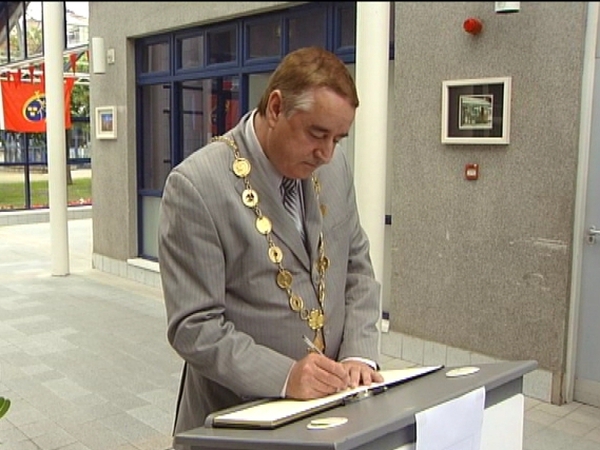 Book of Condolence opens for McCourt