There are reports that seven Afghan deminers who were kidnapped last week have been beheaded.

They were among a group of 28 kidnapped in the Western Farah province last Wednesday.

None have been released.

‘Seven of the deminers are beheaded. We have recovered the body of one of them and the rest of the bodies are with tribal elders,’ said Mohammad Ghaws Malyar, the Farah provincial deputy police chief.

He said the fate of the other deminers who were taken in the Bala Buluk district was unknown.

Criminal groups and insurgents have repeatedly kidnapped dozens of Afghans and foreigners since a 2001 US-led invasion ousted the Taliban regime, but most are eventually freed for ransom or in exchange for the release of prisoners.

The deminers were working for the Demining Agency for Afghanistan, an Afghan charity based in the southern province of Kandahar.

In a similar incident in December, 18 Afghans working for the Mine Detection Center were kidnapped in the eastern province of Khost, which borders Pakistan, and were freed unharmed a day later in a joint Afghan-foreign operation.

Separately, three NATO soldiers and three policemen were killed in bomb and insurgent attacks in the restive south and east of the country.

NATO said one coalition soldier died following an insurgent attack and another was killed in a bomb explosion in the south, while a third service member died after another insurgent attack in the east.

In southern Kandahar city, three Afghan policemen were killed, while three policemen and three civilians were wounded, in a roadside bomb blast that ripped through a police vehicle.

Today's incidents brought the overall death toll for foreign forces to 293 this year in Afghanistan, according to a tally based on that collated by the independent website iCasualties.org.

Overall, however, General David Petraeus said attacks were down by ‘a few percent’ for May and June, the beginning of the traditional annual fighting season, although he said the number of homemade bomb explosions had risen. 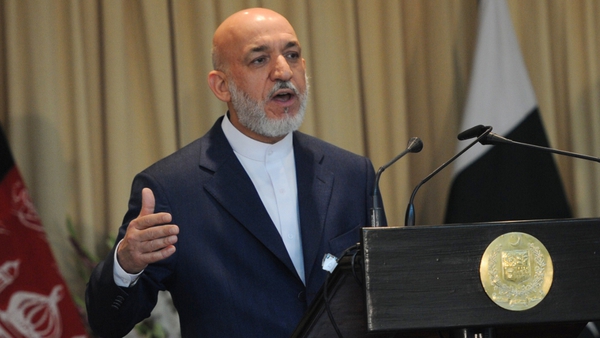 US holds peace talks with Taliban