A strong earthquake jolted northeastern Japan today prompting a tsunami alert to be issued by the country's meteorological agency.

The tsunami alert was later lifted after residents were initially urged to stay clear of the coast.

The same area was hit by a massive earthquake and tsunami on 11 March which devastated the Fukushima power plant and triggered a radiation crisis.

‘It started as a small side-way tremble, then it grew gradually stronger,’ said Nobuyuki Midorikawa, an official at Iwaki City, Fukushima prefecture.

‘Having experienced that much devastation in March, this latest earthquake and tsunami alert made me feel we cannot let our guard down against tsunami,’ Mr Midorikawa said.

Tokyo Electric Power said workers closest to the coast at the Fukushima power plant were briefly evacuated to higher ground before returning to work.

There was no immediate sign of further damage at the nuclear plant where workers have been struggling to keep an improvised cooling system operating to stabilise the reactors and control radiation.

The cooling system was not interrupted by the quake, the company added.

Tokyo Electric said there was also no damage to the massive barge moored just offshore from the Fukushima nuclear power plant that has been used as a temporary storage depot for radiated water for any damage. 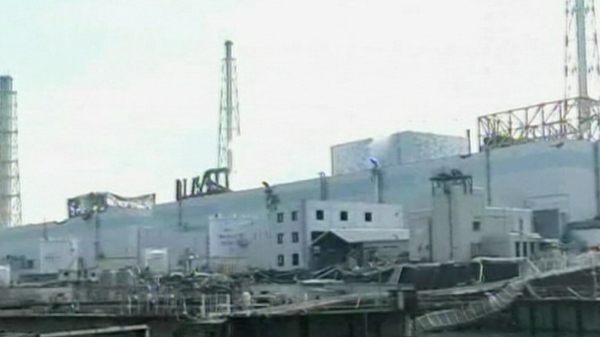