The High Court has ruled that the Joint Labour Committee system of setting wages for lower paid workers is unconstitutional.

The case had been taken by John Grace Fried Chicken of Cork and the Quick Service Food Alliance, who represent a group of fast food outlets.

The restaurants argued that the JLC system was unconstitutional, unfair and breached their property rights.

However, the State defended the JLCs as legally sound and reasonable in protecting the rights of low paid workers.

Mr Justice Kevin Feeney found that there were insufficient principles and policies in the legislation governing JLCs to permit them to operate constitutionally.

This means that the legislation gave the Labour Court and JLCs too much power without adequate guidance and supervision by the Oireachtas.

Mr Grace said his members had no plans to cut the wages of existing staff but that new recruits would be employed on lower terms. He said the move would be good for business and would create jobs.

'We are confident that many businesses will not only be more stable as a result of the decision but will be enabled to take on new staff,' Mr Grace added.

The ruling could have significant implications for the Government's plans to reform wage setting mechanisms governing pay and conditions for around 200,000 workers in sectors including contract cleaning, security, hotels, restaurants and hairdressing.

Taoiseach Enda Kenny said that the Government will be studying the High Court judgment over the coming days and will decide on what is the best course of action to deal with it and its implications.

Mr Kenny said that the Attorney General and ministers are studying the 42-page judgment, which he said is quite detailed.

He said the court had made its decision based on the historic introduction of the Employment Regulation Orders (EROs) arising from the JLC legislation which is very old.

He said the court decision underlined that the system needed reform.

While he could not give a timeframe for when the interim legislation would be introduced, he said that the intention would be to provide protection for the employment regulation orders governing sectoral wages while his reform package was being put in place.

He said that the interim legislation would cover both existing employees and new recruits.

Elsewhere, opponents of the reform proposals argue that they will result in widespread poverty for low paid workers, who will see cuts in their overtime and premium rates of pay.

She said: 'It's the case of all their birthdays coming at once for the most unscrupulous employers in the State who are now free to plunder the wage packets of poorly paid workers.'

However, the ruling has been welcomed by Chambers Ireland, which said it should help create more jobs. 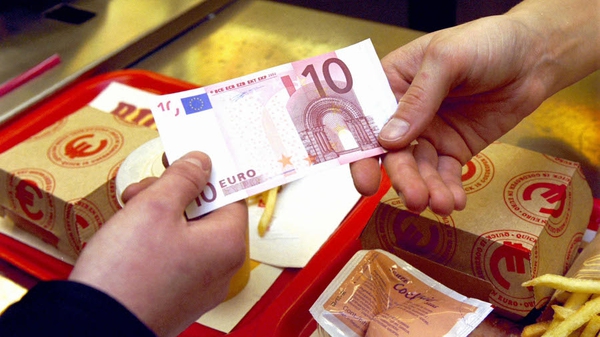