Her immediate task will be to deal with the threat to the European economy posed by the debt crisis in Greece.

When elected to the five-year term, Ms Lagarde said she would make it her goal that the international lender continues in the same focus and spirit as in the past, looking to achieve 'stronger and sustainable growth' and 'macroeconomic stability'.

The economies of Ireland, Spain and Portugal will remain high on the IMF agenda. Ms Lagarde's policies will be watched closely in Ireland as the Government seeks to renegotiate the interest rate on the EU/IMF bailout.

The Government has consistently rejected claims that it has abandoned hopes of securing a lower rate as there is opposition from some countries, in particular France, which wants Ireland to increase its 12.5% corporation tax rate.

Yesterday, Exchequer returns showed tax receipts and spending plans were broadly in line with the Government's forecasts and that the Budget deficit now stood at €10.8bn. 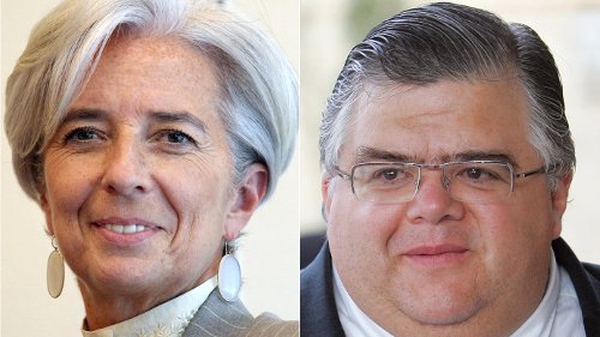