Tánaiste Eamon Gilmore has said further public expenditure cuts will have to be made to restore our economic independence.

He warned further cuts in public expenditure could be expected but, at the end of the process, the country should have ‘a leaner and reformed public service that looks to the future with confidence’.

He said the Government would not succeed in regaining our economic sovereignty and in ‘fixing what is broken in our country if every single spending cut and every single reform is resisted’.

He said that even if Ireland did not have to fix its public finances, the world is changing and public services have to change with it.

Minister for Justice Alan Shatter has said the JLC system will be reformed as it forms part of the Programme for Government and is an obligation to be met under the EU/IMF agreement.

The Minister said the reforms would lead to job creation and modernise the way wages are set in the sectors affected.

He denied there were divisions within cabinet over the proposals and that reform of the JLC system was crucial. He said the Government’s plans will be announced soon.

Responding to reports that some Labour backbenchers may vote against Richard Bruton’s JLC reform proposals, Minister Pat Rabbitte said the entire Labour Party is of one mind on the issue.

Mr Rabbitte said he did not think there would be any divisions in Government on the reforms and the consultations conducted by Mr Bruton have been very welcome. 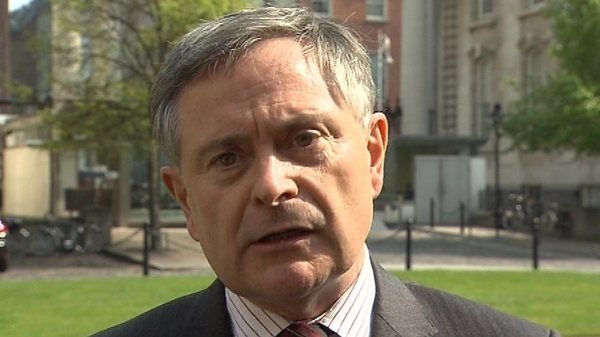