The Roscommon Hospital Action Committee has announced plans to protest at Leinster House next Wednesday and stage a demonstration on seven bridges crossing the River Shannon two days later.

RHAC Chairman John McDermott said a decision is also being made to send up to 50 people to the perimeter of the A&E Unit at University College Galway Hospital on Monday.

They will demonstrate their concerns over the hospital's inability to provide care for additional patients if Roscommon is downgraded.

In a linked move, volunteers from community groups and the farming sector have started to erect protest signage on the N5 and N6 national primary routes in Co Roscommon.

The proposed urgent care centre at Roscommon County Hospital, to replace the existing emergency department, will be established as soon as the junior doctors and GPs can be put in place there, according to the Minister for Health.

Dr James Reilly said what was currently available at Roscommon was unsafe and it was irresponsible for anyone to suggest the appointment of a full-time emergency consultant would make it safe.

He said there is no anaesthetic cover at night and it has no vascular surgery or orthopaedic cover.

He said the urgent care centre would be staffed by hospital doctors from 8am to 8pm and by GPs outside of those hours.

Doctors would have access to x-rays and a medical assessment unit would also be in operation during the day.

Dr Reilly said it could take some months to establish the urgent care centre.

The minister said no hospital would be closed but issues were also being dealt with at other hospitals like St Columcille's in Loughlinstown and the Midland Regional in Portlaoise.

He said some of the other hospitals were not as unsafe as Roscommon.

Separately, the minister said all of the vacant junior doctor posts would be filled eventually, but later than the 11 July target.

He said the problem would not exist next year as he was going to introduce legislation allowing junior doctors security of tenure for two years under new temporary registration rules.

The minister was speaking at Trinity College Dublin.

Last night, a senior consultant at Roscommon County Hospital described the decision to downgrade the hospital's emergency department, because of a lack of junior doctors, as a red herring.

Dr Patrick McHugh was speaking at a public meeting last night, which was attended by 2,000 people.

The audience supported a proposal to disrupt traffic over five River Shannon bridge crossings in protest at the decision.

Dr McHugh said the appointment of a new consultant at the hospital would be sufficient to underline safety standards there.

He also said that the hospital was underfunded.

Organisers told the meeting in Roscommon that the change will come into effect on 15 July. 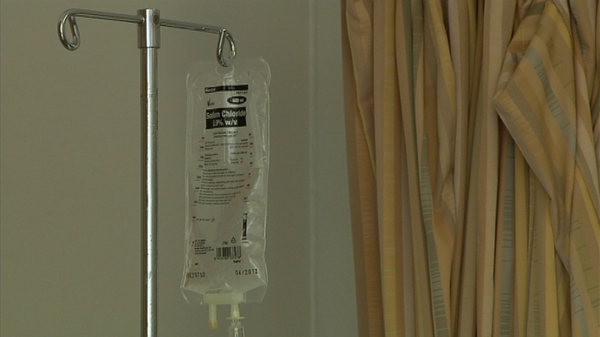