Fianna Fáil Senator Ned O'Sullivan has said he made 'around a dozen' calls and texts in support of Michael Healy-Rae in the 'Celebrities Go Wild' programme and some of these calls may have been made from his Oireachtas phone.

It emerged yesterday that 3,636 calls were made from Oireachtas phones to vote for Mr Healy-Rae while he was a contestant on 'Celebrities Go Wild' in 2007.

He subsequently won the competition.

Senator O'Sullivan, who is from Listowel in Co Kerry, says he was asked to do so by Mr Healy-Rae's campaign manager for the programme.

He also said he would be surprised if many other Oireachtas members were not contacted with similar messages and appeals.

Independent TD Michael Healy-Rae intends to pay the €2,600 cost of phone calls to the reality TV show made on his behalf from Leinster House phones.

Today, Ceann Comahirle Seán Barrett confirmed that Mr Healy-Rae had committed to paying the costs arising from the calls.

Speaking on RTÉ News At One, Deputy Healy-Rae said he would make the payment to put a stop to the controversy over the calls, and to ensure the Oireachtas was not out of pocket.

He again insisted he did not make the calls, which he said were made from all over the Oireachtas, but confirmed he would make the payment.

Mr Healy-Rae's father, Jackie, was a TD in Leinster House at the time the calls were made.

Michael Healy-Rae, who took his father's South Kerry seat in the last General Election, has denied any knowledge of the calls.

He said he did not think his father would have made the phone calls.

Ceann Comahirle Barrett also confirmed this afternoon that he would be raising the matter at the next meeting of the Committee on Procedure and Privileges.

'It is important to avoid an occurrence of this kind of misuse in the future.' 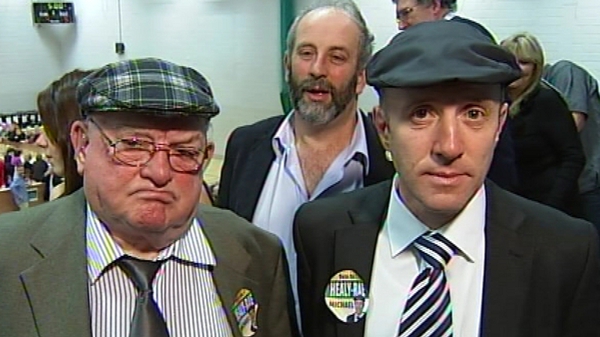