Longford County Council is seeking legal advice in relation to a motion to support businessman Seán Gallagher for President.

The motion, which was before the council last night, called for the council to nominate Seán Gallagher to contest the Presidential election, when the election is called later this year.

However, a dispute as to whether the motion was voted on has arisen between Fianna Fáil who proposed it and Fine Gael who opposed.

Asked whether its accurate for Seán Gallagher to now claim that the council is supporting his candidacy for the Arás, Frank Sheridan, Director of Services with the council, said the council 'can't legally nominate' any candidate until the order for the election is made.

Meanwhile, Avril Doyle has announced her candidacy for the Fine Gael Presidential nomination.

She has been a Fine Gael public representative for 35 years, serving as a TD, minister, senator and MEP.

In a statement, Ms Doyle said: 'I believe I'm the one who can most credibly represent urban and rural Ireland and all the best traditions of Fine Gael.

'I believe the experience and drive I represent offers my party the best chance of electing a Fine Gael President for the first time'. 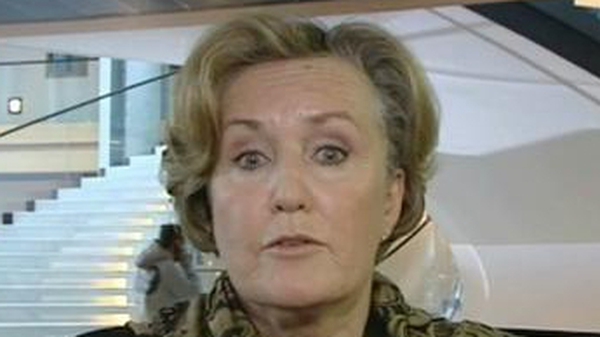