He defeated Fergus Finlay and Kathleen O'Meara at a convention in Dublin this afternoon.

52 TDs, senators and MEPS were joined by 14 members of the Labour executive council for the selection process.

Mr Higgins told delegates he had been privileged to work with people at all levels in the political process over his career.

During that career he had suffered because he had sometimes put principle before popularity, he said.

He said his experience as a minister showed though it was possible to possess a vision as well as achieving practical results.

He told the meeting the party could win the presidential election adding that the campaign theme would be ‘building an inclusive citizenship in a creative society appropriate to a republic’.

He said he offered a Presidency of integrity and vision, promising a vigorous campaign.

Addressing delegates at the start of the meeting, Eamon Gilmore said the Labour Party would not be claiming ownership of the candidate selected because the party respected the independence of the Presidency.

Mr Gilmore said that from the moment the candidate is chosen the Labour Party would treat them as if they were already the President.

In his presentation, Mr Finlay outlined his record with Dick Spring in government and his work in the disability sector.

He said that in everything he had done and written he had been true to the values of the Labour Party.

Mr Finlay said it was absolutely critical that the Labour Party did well in the Presidential election because history had shown that poor performances had damaged parties.

He said Ireland needed a working President whose sleeves would be ‘rolled up’ for the next seven years, and Mr Finlay said he believed he had the ability to win the race and do that.

In an emotional speech, Ms O'Meara said the arrival of the IMF here had prompted her to think of her late father who had worked hard to build this country, and of her son whom she had hoped would be able to return from Australia.

The plight of the country led her to the conclusion that her own leadership could be of use in the job of building this nation again, she said.

Separately, a spokesman for Avril Doyle said the former MEP would be making an announcement about whether she will be seeking the Fine Gael nomination within 24 hours. 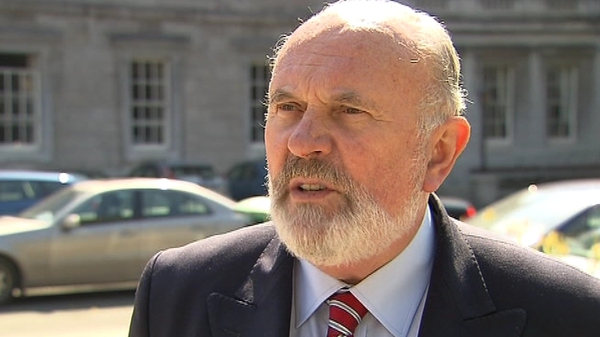 Norris asks to be judged on public record