Counting has begun in the by-election for the west Belfast Westminster seat vacated by Gerry Adams.

Polls closed across the constituency at 10pm and a result is expected during the night.

Clear favourite for the seat, Sinn Féin's Paul Maskey arrived at the count centre in the city's King's Hall with his wife Patricia just before the first boxes were opened.

The election was called after his party president resigned his seat to run as a member of the Dáil.

Mr Adams was elected as a TD for Louth in in February as Sinn Féin tried to affirm its credentials as an all-Ireland party.

It would be a seismic political upset if his party failed to hold on to the seat situated in Belfast's republican heartland.

It is considered the safest seat in Northern Ireland, and the fourth safest in the UK.

But there are fears of a low turnout as constituents are being asked to cast a ballot for the fourth major election in three years.

Sitting west Belfast Assembly member Mr Maskey was selected unopposed as Sinn Féin's candidate in what is a six-way contest.

Stormont Environment Minister Alex Attwood, who is also an MLA for the area, is running for the SDLP.

Brian Kingston is standing for the Democratic Unionists and Bill Manwaring for the Ulster Unionists.

The Alliance Party's candidate is Aaron McIntyre and Gerry Carroll is representing People Before Profit.

Mr Adams was first elected in 1983 and held on to the seat until 1992 when he was sensationally defeated by the SDLP's Joe Hendron, who secured unprecedented levels of support from tactical unionist voters in the loyalist Shankill area.

The Sinn Féin president regained the seat at the next general election in 1997 and remained as an MP, albeit abstaining from taking his place at Westminster, until his resignation earlier this year. 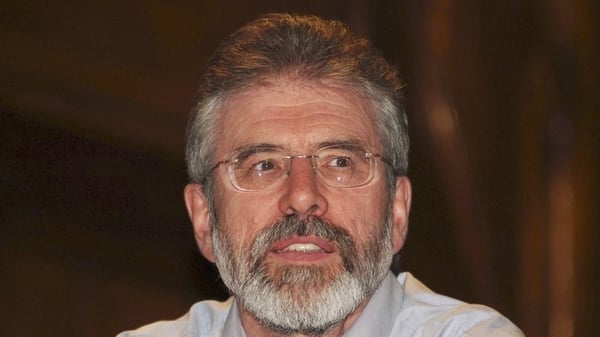 Adams to run for election in Louth