Turkey has opened its borders to Syrian refugees and urged their government to curb violence against civilians after thousands abandoned a town near the Turkish frontier in fear of a military assault.

Assad's government has accused armed bands of killing scores of its security men in the northwestern town of Jisr al-Shughour and vowed to send in the army to carry out their ‘national duty to restore security’ there.

Troops with tanks have deployed near the town, prompting many of its 50,000 people to flee.

‘We are monitoring developments in Syria with concern,’ said Turkish Prime Minister Tayyip Erdogan, who has long sought warm relations with Assad.

‘It is out of the question for Turkey to close its doors to refugees coming from Syria.’

The troop movements, after the government reported the loss of over 120 men in what anti-Assad activists said was fighting among soldiers, has raised fears violence could move to a new level.

Rights groups say over 1,100 civilians have been killed since March in protests against 41 years of Assad family rule.

Some 170 Syrians crossed the Turkish border in the past day, the Turkish state-run news agency said.

Syrian residents have said most who fled the town remained in villages inside Syria.

Turkish villagers said they saw Turkish troops and ambulances pick up Syrians who crossed earlier in the day.

Adding the new arrivals to earlier figures from the Turkish foreign ministry, nearly 500 Syrians have entered since March.

‘And if anyone votes against that resolution or tries to veto it, that should be on their conscience,’ Mr Cameron said, in a pointed reference to efforts to secure Russian backing for it.

But it was unclear how Russia, which holds a veto, would vote.

Citing NATO's inconclusive bombing of Tripoli, Moscow says it will not back intervention against Syria in the Security Council.

The original draft resolution, which diplomats say has been amended only slightly since last month, urges countries not to supply weapons to Damascus but would not provide for an actual arms embargo or other specific punitive measures.

One diplomat said the amendments attempted to make it look less like a prelude to further action like the military action that NATO has conducted in Libya, which Moscow has opposed.

At the same time, a senior European diplomat told reporters in Washington that European Union nations are preparing a third round of sanctions against Syria that target Syrian companies. 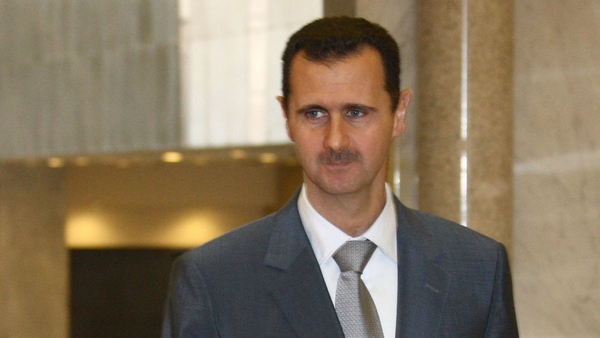